Go Behind the Scenes of Rogue One: A Star Wars Story in Virtual Reality

A galaxy far, far away just got a lot closer — because now you can experience the making of Rogue One: A Star Wars Story in virtual reality.

The creators of the new Star Wars movie, out Dec. 16, are giving fans the opportunity to go behind the scenes of a battle between rebels and stormtroopers with a stunning interactive experience available exclusively from PEOPLE. Check out the 360° video above, explorable by clicking and dragging your mouse across the screen. For a fully immersive virtual-reality experience using VR goggles, download the LIFE VR app for iOS and Android or visit time.com/lifevr. (Don’t have goggles? They’re included in PEOPLE’s new special issue, Star Wars: The Secrets of Rogue One, at newsstands now! Click here for an easy guide on how to assemble them.)

In the video, Rogue One director Gareth Edwards takes us to Pinewood Studios in London, where the crew is filming an action sequence on the planet Jedha in which rebel fighters Jyn Erso (Felicity Jones) and Cassian Andor (Diego Luna) lead an ambush against an Imperial tank and a squad of stormtroopers. “You can see the people in costumes constantly acting,” says the director. “They don’t know when they’re going to be in shot. That was part of the design of this set, so that at any point we could move the camera around and film 360° spontaneously.”

The entire market is explorable from the audience’s vantage point. Edwards notes that he “wanted this to feel as immersive as possible, like you were in a real war zone situation.”

In addition to the immersive view of the scene, Edwards gives exclusive insights into fascinating set details, like some architectural homages to Luke Skywalker’s home planet, and George Lucas’s personal contribution to one of the stormtroopers’ helmets. Onscreen annotations reveal even more secrets of the set.

“We’re experiencing it in a way that feels organic, like this place could actually exist,” explains the director. “It’s crucial really to believing in what our heroes will be fighting for.” 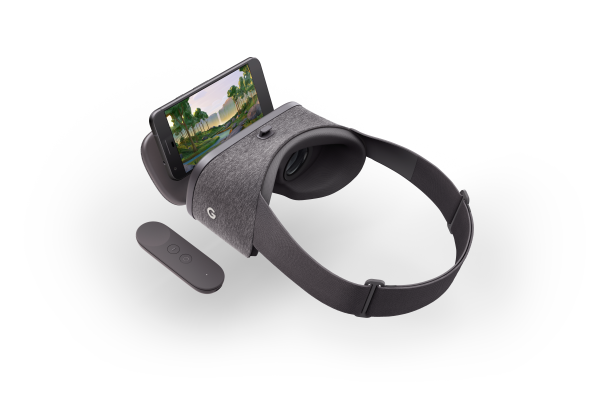 Review: What It's Like to Use Google's First Virtual Reality Headset
Next Up: Editor's Pick