Former Vice President Al Gore Is Over the Electoral College

In the wake of the 2016 presidential election, former Vice President Al Gore said he now believes the Electoral College should be eliminated, marking a reversal of opinion for the one-time presidential candidate who famously lost in it while winning the popular vote.

“I do think that it should be eliminated,” he said, according to NBC News.

Although Gore was in favor of the Electoral College in spite of his loss in the 2000 presidential election to President George W. Bush, he thinks a popular vote system would do more to get Americans engaged in the electoral process. “I think moving to a popular vote system is not without peril, it’s not without problems,” Gore said. “It’s a balancing act, but I think the balance has shifted, in my mind at least.”

Gore’s comments come at a inflection point for Democrats, who are still recovering from the unexpected defeat of former Secretary of State Hillary Clinton. Like Gore, Clinton won the popular vote in the election—by over 2 million votes, no less—but didn’t win the electoral votes needed to take the presidency. Gore believes getting rid of the Electoral College would “stimulate public participation in the democratic process like nothing else that we could possibly do.” 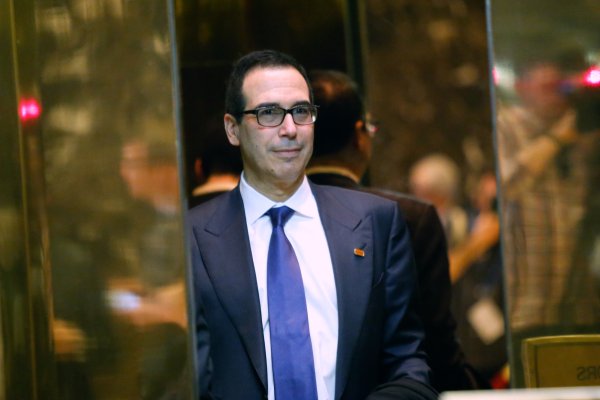 Trump Picks Heads of Treasury, Commerce
Next Up: Editor's Pick