Here's What Happens When You Get Too Little Sleep

More than a third of Americans don’t get enough sleep. That may not seem like a big deal, but shirking on sleep—even by just an hour—can have serious consequences for your health, and the economy.

Every year, insufficient sleep costs the U.S. economy up to $411 billion, according to a new report from the not-for-profit research group RAND Europe.

The researchers wanted to look at how shortened sleep—which means getting less than the normal range of 7-9 hours a night—affects the economies of five different countries. Using survey data from the National Sleep Foundation, they considered three effects of not-enough sleep: mortality, since shortened sleep has been linked to about half of the leading causes of death in the U.S., including cardiovascular disease, accidents, diabetes and hypertension; productivity, since sleepy workers are less productive and more likely not to show up; and hindered development skills and educational achievement, which affects lifetime earnings.

“How would those countries—the U.S., the UK, Germany, Japan and Canada—look if the proportion of people who sleep less than a certain amount of time actually improve?” wondered Marco Hafner, a research leader at RAND Europe and the report’s main author.

The U.S. loses the most from its sleepy citizens. The researchers calculated that sleep-deprived workers cost the country’s economy about 1.2 million working days a year and up to $411 billion, about 2% of the GDP. Japan was the second most affected, losing about the same percentage of its GDP, followed by Germany and the U.K. Canada had the best sleepers, but still lost 1.4% of its GDP to too-little sleep.

The study authors also found marked health effect from too-little sleep. Getting about six hours a night is linked to a 7% higher risk of mortality, and sleeping less than six hours is linked to a 13% higher risk. “It’s not a small problem,” Hafner says. “It seems to be not only a public health issue, but also an economic issue.”

Though they seem bleak, the findings also hint at solutions. In the study, getting more physical activity is linked to better sleep, as is not smoking. And though the study didn’t have enough information on electronic devices, using them less at night can improve the duration and quality of sleep, Hafner says.

“As a society, we need to increasingly think about sleep,” Hafner says. “When you hear from business leaders or political leaders that they can get around four hours of sleep and be fine, and that everyone who needs more sleep is a wimp, it’s increasingly proven to be wrong.” 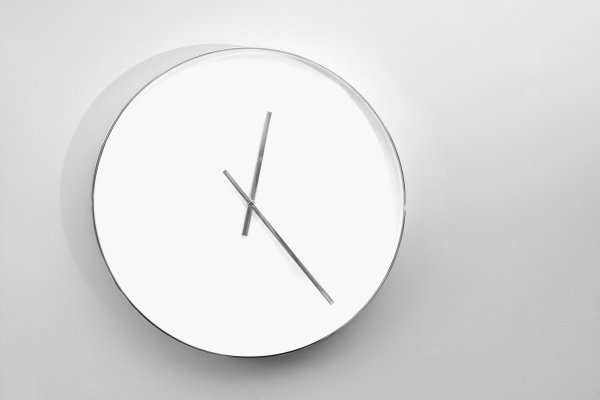 You Asked: When Are Women Most Fertile?
Next Up: Editor's Pick