Twenty Tennessee coworkers at a metal manufacturing plant will split about $420 million from a Powerball jackpot, according to the Associated Press.

The employees of North American Stamping Group claimed the $420.9 million jackpot on Tuesday. The cash value of the prize is worth $254 million, which would be about $12.7 million before taxes per person.

Amy O’Neal told The Tennessean that she didn’t think the group would win, even though they’ve been playing the lotto for eight years.

“You never think you’re going to win this lottery, but you do it for fun,” she said.

The ticket purchased by the group matched all six Powerball numbers that were drawn on Saturday and was sold in Lafayette, Tennessee.

O’Neal, who bought the ticket for the group, said they usually buy about $120 worth of tickets every Wednesday and Saturday to support education and the state of Tennessee.

She went to bed not thinking much about the Powerball jackpot at stake, but woke the next morning to her husband and son telling her the winning ticket was purchased in Lafayette.

“They were shaking me and shaking me,” she said, recalling the moment. “I went in and grabbed my tickets. It was the third one. I just started screaming. I had to look again, I thought I was in a dream.”

Kevin Southerland, a group winner, said he and a majority of his coworkers plan to keep working, although others may resign.

“All these people have always had a heart to help people and be there for people,” he said, tearing up. “We can do that if we don’t have any money. Now we can do more and help more. There’s going to be a lot of people blessed.”

The jackpot is the second largest overall prize for the state. The largest Powerball jackpot was $528 million, won by a Munford, Tennessee family in January. 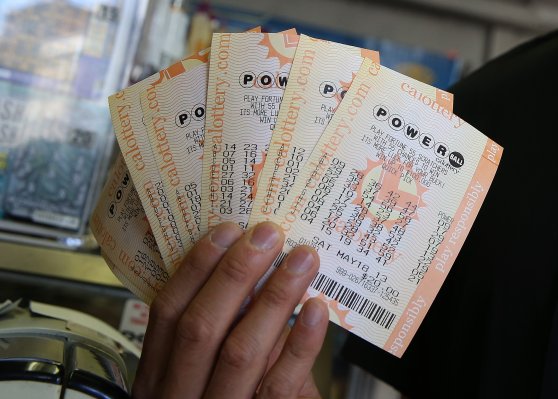