Steven Mnuchin said Wednesday that he is President-elect Donald Trump’s choice for Treasury secretary, confirming his rumored nomination in an interview on CNBC.

Mnuchin, who was the national finance chairman for Trump’s campaign, climbed the ranks at Goldman Sachs before becoming a financier for Hollywood movies. In the interview with CNBC, he said he will prioritize cutting corporate taxes. “By cutting corporate taxes, we’re going to create huge economic growth and we’ll have huge personal income,” he said.

Mnuchin also talked about enforcing trade regulations with China, saying he would be willing to label China a “currency manipulator” if necessary—a subject that Trump raised repeatedly during his campaign, blaming China for stealing American jobs and devaluing its currency.

Trump’s selection of someone with close ties to Wall Street appears to differ from the populist message on which he ran his campaign. Throughout the presidential race, Trump often criticized Hillary Clinton for giving paid speeches to financial institutions, including Goldman Sachs, after she served as Secretary of State.

Investor Wilbur Ross also confirmed to CNBC that he is Trump’s pick for Commerce secretary. Neither Mnuchin nor Ross has government experience, though they have been big political donors. Both will need to be officially confirmed by the Senate. 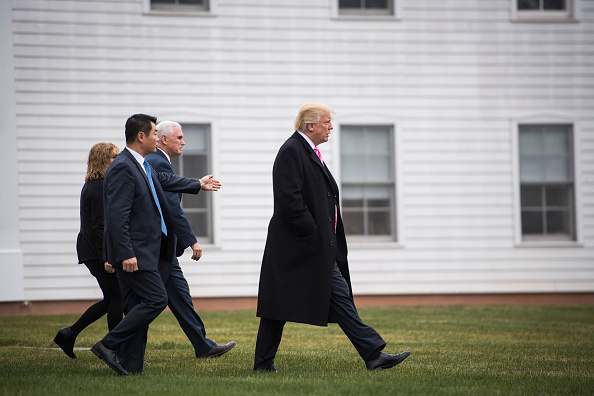 Trump Promises Access to Inaugural 'Underwriters'
Next Up: Editor's Pick