President-elect Donald Trump announced Wednesday that he will be “leaving” his eponymous company “in total” as he prepares to assume the White House, but conflict of interest concerns will assuredly remain.

In a series of tweets Wednesday morning, Trump announced a press conference on Dec. 15 in New York City with his three adult children to discuss how he will seek to sever ties with his web of companies. It comes after months of reporting on potential conflicts of interest when Trump assumes the White House on Jan. 20, and questions that took on new urgency after his surprise victory on Nov. 8.

“I will be holding a major news conference in New York City with my children on December 15 to discuss the fact that I will be leaving my great business in total in order to fully focus on running the country in order to MAKE AMERICA GREAT AGAIN!” Trump tweeted. “While I am not mandated to do this under the law, I feel it is visually important, as President, to in no way have a conflict of interest with my various businesses. Hence, legal documents are being crafted which take me completely out of business operations. The Presidency is a far more important task!”

Presidents are not bound by federal conflict of interest statutes, but precedent set by recent presidents is to place their holdings into blind trusts to mitigate any appearance of conflict. Trump’s actions will still fall short of that standard.

Trump’s statement indicates he will maintain ownership of his real estate, licensing, and hospitality conglomerate, with his children assuming decision-making authority for his businesses. Trump has mingled the political and the commercial through the campaign and the early days of his efforts to form a government, raising ethics questions unseen in generations for a chief executive.

The President-elect has already faced scrutiny for continuing to meet with foreign business partners since winning the presidency, while foreign diplomats are working to secure rooms in his new Washington, D.C. hotel. Meanwhile, Trump is still likely to continue to benefit financially from existing arrangements and new deals his children negotiate in the U.S. and overseas.

But even if Trump steps back, his continued financial stake will sustain questions about a little-known Constitutional prohibition against accepting “Emoluments” from foreign governments, as well as maintain scrutiny against potential bribery — quid pro quo transactions which are illegal even for a president. 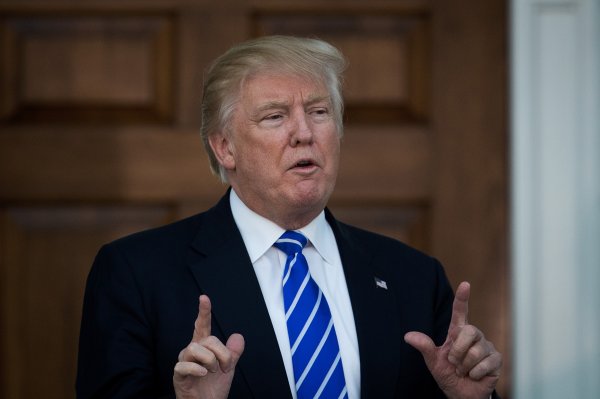