William Clark, an Ohio State University engineering professor who was one of 11 people injured in an attack at the university on Monday, expressed empathy for the assailant during a press conference.

Authorities identified Abdul Artan, who was shot and killed by a police officer, as the suspect who drove his car into a crowd at OSU before getting out and attacking people with a knife.

“Having been a faculty member for 35 years, I’m only too aware of the things that drive students sometimes to do things that they wouldn’t ordinarily do,” Clark told reporters on Tuesday. “Before I pass judgment on this young man, I would like to see exactly what the circumstances are and exactly why he took the course of action that he chose. I’m sore, but I’m going home this afternoon. He’s dead.”

Clark, still wearing the yellow hospital socks given to him at the OSU medical center, said he didn’t realize he was injured in the attack until a student pointed out to him that he was bleeding. He was hit by the car when it barreled over the curb and received two deep lacerations and contusions on his left leg.

Clark would not speculate on Artan’s motives, which authorities are still investigating. Officials said Facebook posts by Artan railed against U.S. interference in Muslim lands, and wrote, “If you want us Muslims to stop carrying lone wolf attacks, then make peace” with ISIS.

The Associated Press reports an ISIS news agency called Artan “a soldier of the Islamic State” who “carried out the operation in response to calls to target citizens of international coalition countries.”

“Anybody can take responsibility if they see it as a feather in their cap,” Clark said, regarding ISIS’ claim of the attack. “Until I know whether it was behind it, until I know this was something to do with a radical group, and whether that is the entire story, or whether there’s some other personal family issues and social issues behind it, I withhold judgment.”

Clark said he hopes people realize the attack was an isolated incident.

“University campuses are vulnerable to that kind of thing because we are an open society where young people can grow up and learn and make a certain amount of mistakes,” he said. He continued, “We’re still a great university. We still beat Michigan.” 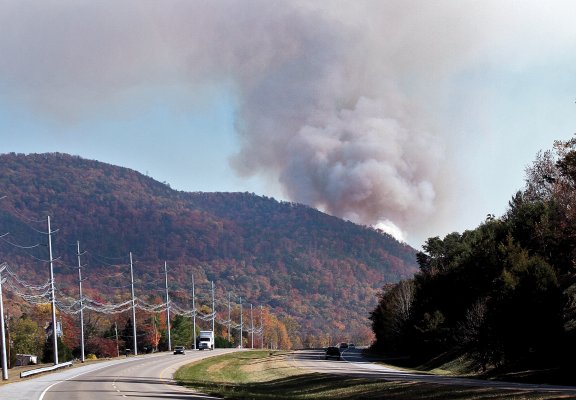 See a Stunning Escape from the Brutal Wildfires That Have Razed Tennessee
Next Up: Editor's Pick