More white Americans are now dying than being born in a third of U.S. states, according to a study released Tuesday, which shows white deaths outpacing births in a record 17 states stretching from California to Maine.

The study, by the University of New Hampshire, found natural decreases in the white population across 17 states in 2014, including Florida, New Mexico, Pennsylvania and West Virginia, which together comprise 38% of the U.S. population. That’s a big shift from 2004 when only four states had more white deaths than births. The declines, exacerbated by the Great Recession, are largely driven by an aging white population, fewer women of childbearing age, and lower fertility rates overall, according to researchers.

“The white population isn’t replacing itself,” says Ken Johnson, a University of New Hampshire demographer and co-author of the study. “That accelerates the growing diversity of the American population.”

From 1999 to 2014, the number of white births fell 8.4% to 2.1 million overall in the U.S., declines accelerated by the 2008-09 recession that caused many women to delay having children due to economic concerns. The number of deaths in that same period rose 5.8% to more than 2 million. Previous studies have shown that more white Americans, particularly middle-aged men, are dying from opioid abuse, suicide and problems associated with obesity in recent years.

While past research has shown natural decreases in white populations in more rural parts of the country, the UNH study—based on data from the Centers for Disease Control and Prevention—finds white population decreases in more diverse states like Arizona and Nevada as well. That, Johnson says, may speak to the appeal of Donald Trump, who garnered a large portion of white voters in this year’s presidential election. “You see this natural decrease happening in heavily blue states and heavily red states,” Johnson says.

Read more: U.S. Steps Closer to a Future Where Minorities Are the Majority

The study mirrors projections by the U.S. Census Bureau that the country’s white population will start to decline in absolute numbers by 2025. Minority populations, particularly Latinos, continue to grow thanks to higher fertility rates, and the Census projects that the U.S. will be majority-minority around the mid-2040s.

“The future of the growth in this country has to do with racial minorities,” says William Frey, a demographer with the Brookings Institution. “If we didn’t have minorities in this country, we would be like Japan, which is very old and has a declining labor force and declining population.”

The move toward a majority-minority nation isn’t likely to reverse itself, Johnson says, adding that several more states, including Vermont, South Carolina, Oregon and Tennessee, could soon see natural decreases in white population in the next few years. 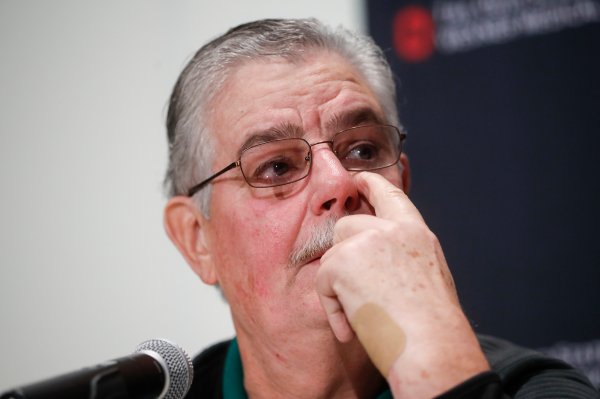