What Donald Trump's Cabinet Pick Means for the Future of Obamacare

President-elect Donald Trump’s decision to appoint Rep. Tom Price, a conservative from Georgia and a passionate critic of the Affordable Care Act, to head the sprawling Department of Health and Human Services is a strong indication that Obamacare is not long for this world.

After meeting with President Obama in early November, Trump suggested to reporters that he may not outright repeal the law, saying he liked two of its most popular provisions: the rule allowing young adults to remain on their parents’ health care plans until they are 26 and the prohibition barring insurers from discriminating against patients with pre-existing conditions.

“I like those very much,” Trump told the Wall Street Journal. The statement set off a flurry of hopeful chatter among liberals, who saw it as an indication that a Trump administration would preserve the backbone of the embattled health care law, which has helped roughly 21 million Americans get access to health insurance.

But Trump’s decision to appoint Price to head the agency in charge of Obamacare, as well as Medicare and Medicaid, sends the opposite message.

The chairman of the Budget Committee and a frequent ally of the Tea Party wing of the Republican Caucus during his six-terms in the House, Price has been one of the most outspoken critics of Obamacare in Congress and has introduced a slew of bills offering a detailed plan on how to repeal and replace the law.

Many of Price’s ideas have been included in the House Republicans’ “Better Way” agenda, which has been championed by House Speaker Paul Ryan and is widely expected to serve as a blueprint for the GOP-led Congress in 2017 and 2018.

Price’s plan to repeal Obamacare, as articulated in his Empowering Patients First Act, is fairly simple: get rid of the thing in its entirety.

His plan to replace it hinges on a complex federal tax-credit and subsidy system.

Under Price’s plan, the federal government would hand out age-adjusted tax credits to help Americans purchase their own health insurance on a deregulated open market. It would also expand access to private health savings accounts, allow insurers to sell insurance plans across state lines and give states subsides to offer insurance to “high-risk” populations. The plan would eliminate the Medicaid expansion mandated by Obamacare, a move that the Congressional Budget Office estimates would lead to 14 million people would losing coverage.

Price’s plan would also eliminate the Affordable Care Act’s two central requirements: that insurance companies cover all customers, regardless of preexisting conditions, and that they offer the same price plans to all patients, regardless of gender or age. Critics point out that, without those two provisions, insurance companies would be free to offer plans with very high premiums and deductibles to certain, potentially costly populations, like women of child-bearing age and people with chronic but common illnesses, like diabetes, arthritis or asthma.

Price, a former orthopedic surgeon and a member of the 18-strong House GOP Doctors Caucus, has also advocated for stem-to-stern reforms of Medicaid and Medicare, including tighter eligibility rules, new limitations on the kinds of medical services available to low-income Americans and a fundamental reimagination of how the programs work. Instead of administering Medicare and Medicaid as a so-called defined benefit, Price has suggested that the programs should be run as a “defined contribution,” wherein the federal government hands out subsidies to older or disabled Americans, who can then use that money to buy their own insurance on the private market.

Citizens’ Council for Health Freedom, a conservative advocacy group, celebrated Price’s appointment. “As a physician who has thought long and hard about health policy, Congressman Tom Price, M.D., is an excellent choice for Secretary of HHS,” President Twila Brase said in a statement. “We appreciate his resolve to repeal every word of the Affordable Care Act and restore freedom to American patients and doctors.”

In announcing his pick, Trump described Price as “exceptionally qualified to shepherd our commitment to repeal and replace Obamacare and bring affordable and accessible health care to every American.”

Price’s other plans for reforming HHS, a massive agency overseeing a $1 trillion budget, are unknown. HHS controls the Centers for Medicare and Medicaid, the Food and Drug Administration, the Centers for Disease Control and Prevention and the National Institutes of Health. 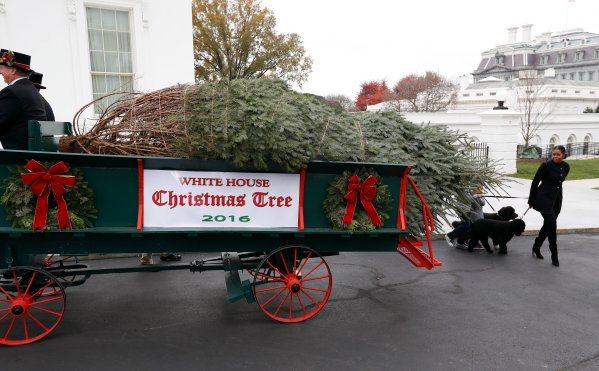