At least seven members of President Duterte’s security group and two military troops were wounded when a bomb exploded in Marawi City on the Philippines’ southern island of Mindanao Tuesday.

Two of the injured are in a critical condition, according to CNN Philippines. Duterte had been scheduled to visit Marawi on Wednesday and the wounded were part of his advance party convoy.

The explosion reportedly occurred at about 10:45 a.m. local time on Tuesday as the convoy was making its way to the local army headquarters in Marawi.

It comes a day after police safely detonated another IED found in a trash can meters from Manila’s U.S. embassy — officials blamed that attempted attack on the Maute group, a militant group active in Marawi that has pledged allegiance to ISIS. 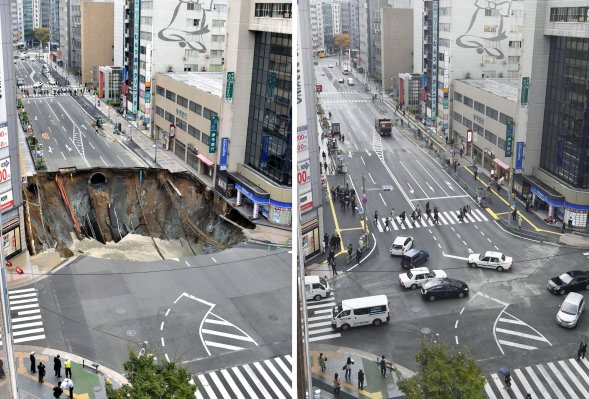 That Huge Japanese Sinkhole Is Still Sinking
Next Up: Editor's Pick