The Sand Creek Massacre Took Place More Than 150 Years Ago. It Still Matters

In treaties such as the Fort Laramie Treaty of 1851, the lands of Native peoples in the west were legally recognized and guaranteed. That such agreements carry the full weight of the United States Constitution belies the casual nature of their neglect.

The Sand Creek Massacre of Nov. 29, 1864, represents just one example of our nation’s failure to live up to the ideals and laws sanctified in the documents of civilization.

Less than a decade after the Fort Laramie Treaty was signed, gold was discovered in land covered by the agreement. For some settlers, this news made the Fort Laramie Treaty a troublesome nuisance. The influx of prospectors and settlers into the Rocky Mountain region hastened the establishment of a territorial government and an urgent necessity to deal with Native nations living there. As more settlers arrived, the resulting violence demanded attention. But the territorial government was unwilling and perhaps unable to secure the treaty boundaries against such violation, so instead they set out to create a new treaty greatly reducing the land of the Arapaho and Cheyenne people within Colorado territory.

Known as the Treaty of Fort Wise, this new agreement was signed in 1861 by a smaller group of Arapaho and Cheyenne chiefs and representatives. Given that many of the Native people affected were unaware of the treaty or opposed the stipulations, it was widely rejected. Even so, land in Colorado’s central and eastern plains and in Kansas—including the area around Sand Creek—was encompassed within the treaty boundaries.

These places, by rights of occupation, treaty and law, were Indian land.

By 1862, John Evans, a physician from Ohio, would be appointed by President Lincoln as Governor of Colorado Territory. Born into the cauldron of war that was the old Northwest where the Shawnee leader, Tecumseh, and his Native allies had faced down General William Henry Harrison and the United States Army, it is not surprising that he harbored unsympathetic views of Native people. His arrival in Denver was marked by escalating violence and cries for the wholesale annihilation of Native people.

There was strong pressure for driving Native people from the territory by the time Arapaho and Cheyenne chiefs, accompanied by Major Edward “Ned” Wyncoop and Captain Silas Soule, arrived at Denver’s Camp Weld on Sept. 28, 1864, to meet with Evans for peace. Cheyenne Chief Black Kettle reportedly said that the trip had been “like coming through the fire,” only hoping for peace—but Evans, who’d first rejected the meeting, stated that he was “in no condition” to make a treaty, and his soldiers were “preparing for the fight.”

When Wyncoop returned to his command at Fort Lyon—some 20 miles from Sand Creek—he assured the assembled Arapaho and Cheyenne that he would protect them. But his superiors were displeased with his humane treatment of these people, and charges were made that forced him to relinquish his command on November 25 of that year.

The Sand Creek Massacre itself would take place a mere four days later. According to reports by Lt. Joseph Cramer—who, along with Capt. Silas Soule, defied orders by refusing to take part in the massacre—“scouts” were placed “around the Post, with instructions to let no one out” to prevent news of the plan from getting out.

Early in the morning of Nov. 29, Cheyenne chiefs Black Kettle and White Antelope came out from their lodges as the troops neared. Black Kettle carried an American Flag and a white flag of truce presented to him by President Lincoln; White Antelope wore a peace medal, also from Lincoln. The soldiers opened fire, wounding Black Kettle and killing White Antelope as he sang his death song: “nothing lives long . . . only the earth and mountains . . .” The massacre would not end until the following day, by which time approximately 200 people, mostly women and children, lay dead, with as many wounded. In the report of his subsequent investigation into what had happened, Wyncoop characterizes Col. John Chivington, who led the attack, as an “inhuman monster,” stating that, “the most fearful atrocities were committed that ever was heard of.”

Want more historical perspective? Subscribe to TIME and choose one book from our History collection: D-Day, The Roosevelts or The Civil War. Click here for more details.

After military and congressional investigations determined Sand Creek to be a massacre, the U.S. government negotiated the Little Arkansas Treaty in October 1865 as a gesture of conciliation, accepting full responsibility and providing reparations. But the terms of this treaty would once again be forgotten within a few years, and Arapaho and Cheyenne people confined to reservations in Wyoming, Montana and Oklahoma.

Now, more than 150 years after the Sand Creek Massacre, its anniversary is still commemorated each year by a days-long Spiritual Healing Run that retraces the route of taken by Chivington and his troops as they made their way back to Denver, there to be welcomed as conquering heroes. But the runners also make their way to the grave of Silas Soule, one of the Army officers who defied Chivington. As we consider the moral and ethical dimensions of these events on this, the 152nd anniversary of the massacre, that aspect of the history should be remembered as well: for this is not just a story about the status of treaties and the question of justice in our American past, but also a reminder that it is always possible to stand up for what is right in the face of hatred and violence.

Billy J. Stratton is an associate professor of English at the University of Denver and the author of Buried in Shades of Night: Contested Voices, Indian Captivity, and the Legacy of King Philip’s War. 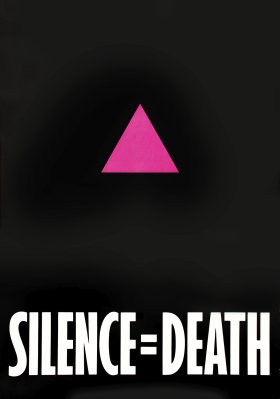 See the 1980s Posters That Helped Raise Awareness About AIDS
Next Up: Editor's Pick