The movie awards season officially kicked off on Monday night with the Gotham Independent Film Awards in New York City, and the night was, above all, a celebration of Moonlight, which took home Best Feature, Best Screenplay, the Audience Award and a special jury award for Best Ensemble. Now in its 26th year, the Gotham Awards, which honor feature-length indie movies, is the first major event of awards season. Although the criteria limit nominees to smaller-budget productions, it has often served as an early indicator of the movies whose names will become familiar by the time the Oscars roll around in February.

But the Gotham Awards have also, in recent years, served as a valuable predictive tool for February’s Hollywood gold rush—not that prognostication is, by any means, its raison d’être. The last two years’ Best Feature winners, Birdman (2014) and Spotlight (2015), both went on to win the Oscar for Best Picture three months later. So while it’s too early yet to engrave anything in gold, the win certainly elevates the profile of an already acclaimed movie.

Moonlight, which emerged victorious from a field that included Certain Women, Everybody Wants Some!!, Manchester by the Sea and Paterson, is a coming-of-age story in three chapters that takes place in Miami during the height of the War on Drugs. Adapted by writer-director Barry Jenkins from Tarell Alvin McCraney’s play In Moonlight Black Boys Look Blue, it stars three actors of different ages as Chiron, a boy whose mother falls victim to the crack epidemic and whose burgeoning attraction to other boys he deals with secretly. It’s not only a beautiful movie but one that feels urgent: a sensitive and nuanced exploration of black masculinity during a year whose first six months saw more than 100 black men killed by police.

It remains to be seen whether the awards-season success of recent Gotham winners is pure coincidence or representative of some larger trend—or, at the very least, of an Academy whose tastes are trending toward those of the veteran indie actors and filmmakers that sit on Gotham’s juries. Even for Best Feature picks that haven’t gone on to take home the Academy’s highest honor, a win at Gotham has almost always translated into some kind of love from the Academy. Sideways (2004) received four Oscar nominations. Capote (2005) and Beginners (2012) earned acting Oscars for Philip Seymour Hoffman and Christopher Plummer, respectively. Since the Gotham Awards began handing out the Best Feature award in 2004, a movie has never won that blue ribbon without at least getting nominated for one little gold statue in February.

Of course, the indie nature of the Gotham Awards means that more than a handful of prestige studio pictures, which will campaign heavily throughout the coming months, weren’t present on Monday night. These include offerings from Paramount (Fences, Silence, Florence Foster Jenkins, Arrival); Fox (Jackie, Hidden Figures); Lionsgate (La La Land) and Warner Bros. (Sully).

It’s also worth remembering that the path to February is long and paved with many glamorous events: The National Board of Review Awards, the New York Film Critics Circle Awards, the SAG Awards and the Golden Globes, among others. And for Moonlight, with its steady stream of accolades since premiering at the Telluride Film Festival in September and theatrically on Oct. 21, these wins are merely confirmation of its status as an awards-season frontrunner.

The win also comes after 2016’s Academy Awards ceremony had an all-white crop of acting nominees, which qualified more as trend than anomaly. While there’s no direct correlation between changes made by the Academy since then to push toward greater inclusion among its ranks and the emergence of several contenders this year that feature stories about people of color, signs seem to be pointing toward progress, however incremental, in an industry that’s been slow to change—and it’s hardly a surprise to see it most clearly in indie-land. 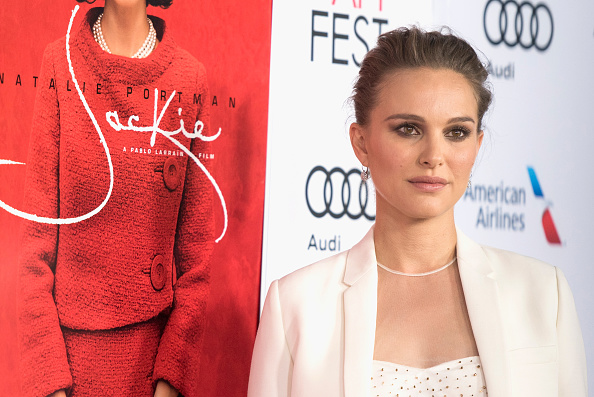 Natalie Portman Slams Lack of Hollywood Diversity: 'Movies Are All About White Men'
Next Up: Editor's Pick