President-elect Donald Trump has debuted an updated version of his famous red baseball cap while at his Palm Beach, Florida estate, Mar-a-Lago.

The hats, which were emblazoned with the message “Make America Great Again,” became a visual synonymous with Trump and his campaign.

Now, the president-elect has switched things up by sporting a different version of the same cap. Captured in a photo by the New York Post the hat is still a red baseball cap, but the lettering on the front now reads “USA;” the number 45 is also stitched on the side, presumably a nod to the fact that he’s in line to become the country’s 45th president.

No word on whether or not this is the latest in new Trump merch; until then, you can see Trump’s new hat below. 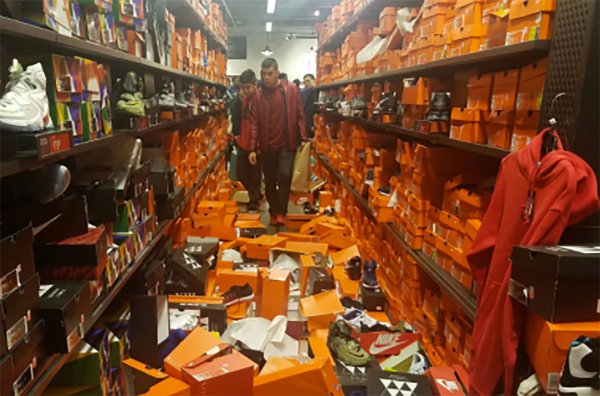 See How Black Friday Shoppers Totally Messed Up This Nike Outlet Store
Next Up: Editor's Pick