How the Wisconsin Recount Could Help Fix American Elections

Even if the recount of Wisconsin’s election results doesn’t change a single vote, the scrutiny could have one useful side effect: Spotlighting how scattershot the American voting system has become.

Green Party presidential nominee Jill Stein is leading the effort for a recount after claims surfaced that there was statistical evidence the state’s results were suspicious.

Many supporters of the recount worry that Russian hackers might have thrown the contest to President-elect Donald Trump, who won the state by 24,081 votes out of nearly 3 million cast. Skeptics have thrown cold water on the claim, arguing that the data does not support this claim in any convincing way.

But right now it’s almost impossible to disprove the suspicion that voting machines were somehow compromised because Wisconsin’s voting machines are so inconsistent from one location to the next.

Elections in Wisconsin are supervised by about 1,850 different municipalities in 72 counties, each of which chose their own voting mechanism. Every municipality uses at least two systems: one for standard voters and another for those who require extra help due to age or a disability.

Statewide, there are 16 different models of voting machines in use as well as 813 locations that hand-count most of the ballots, according to the state Elections Commission’s official list of hardware. (Under Wisconsin law, municipalities with populations over 7,500 are required to use electronic voting machines.) In some cases, election officials say, a significant number of people use the more accessible machines even if they don’t require them, but there is no public information on how many voters used each technology.

In fact, there isn’t even a reliable source for how many voters showed up at each location. Many counties neglect to release the results by municipality, and those that do publish this data in a wide variety of convoluted formats.

While the official county tally shows that 10,158 people voted in Adams County, for example, there is no way to know how many of them where in the county’s 12 municipalities that primarily hand-count ballots and how many where in the seven that use an optical scanner for most voters. The Wisconsin Elections Commission’s Elections Supervisor, Ross Hein, told TIME that data on how many ballots were cast on different machines will eventually be released, but not until at least 45 days after the election.

The uproar over Wisconsin began with a Nov. 22 New York Magazine report that a team of computer scientists and election experts found statistical evidence of vote tampering. While that claim was quickly disputed by one of the scientists, both journalists and academics have independently determined that such evidence doesn’t exist. With spotty data, however, it’s as difficult to prove a conspiracy as it is to definitely debunk it.

Competing number crunchers don’t usually get the spotlight, but they ought to have the information they need to make defensible assertions about any state’s election. Just as media outlets serve a vital role in monitoring elected officials, data analysts can scrutinize detailed election results to independently monitor the country’s most important democratic exercise.

When local election data is available, it is possible for experts to determine whether there is convincing evidence of fraud. In 2012, a team of scientists examined the results of 12 elections across a range of countries and found convincing evidence of ballot stuffing in several, such as the 2011 Duma election in Russia. But the study indicates that this was only possible when results were broken out into groups of 5,000 people or less, which is not the case in most U.S. states.

As it stands, even getting reliable figures on how each county voted is not simple. The easiest way to get those figures is to purchase them from the Atlas of U.S. Presidential Elections, a site that aggregates the individual reports from each state and charges for the immense work that goes into contacting 50 states and the District of Columbia one at time to get the info.

Data on which machines voters used also typically relies on a third party, the non-profit organization VerifiedVoting, which also shoulders the tedious work of contacting scores of local officials to figure out what devices they use. While their data is impressively complete—and free—it’s unrealistic to expect an independent group to capture the complexity of every jurisdiction across the nation.

The black box of Wisconsin is a reminder that, while elections are organized by states instead of the federal government, the country would benefit enormously from consistent transparency guidelines for how granular information on results is reported. In an ideal world, all states would commit to a standard format for promptly reporting both their total tallies and those figures divided by county, precinct, and congressional district, as well as which machines were used by how many voters at a local level.

This is not merely a plea to make life easier for data journalists. With this information in hand, independent analysts could look for any evidence of tampering, helping assuage a widening fear that elections are “rigged” or vulnerable to hacking. Few things matter more to the health of a democracy than the faith of an electorate in its electoral process, and that faith is historically imperiled.

A consistent, reliable source of detailed data on how many people voted for which candidates at which locations, and on which devices, would empower watchdogs to verify that the system is still functioning, however many precincts it takes. 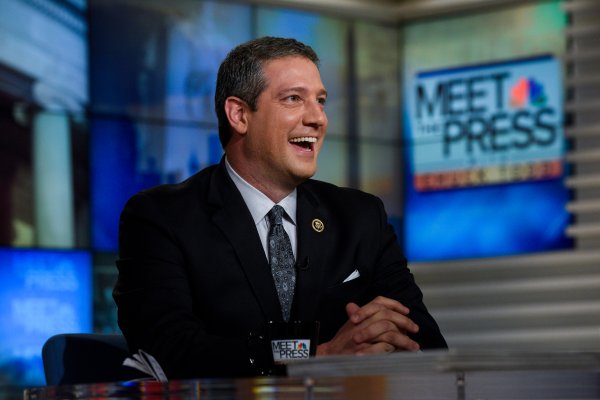 Tim Ryan Is the Perfect Politician for the Age of Anxiety
Next Up: Editor's Pick