What happened at Pearl Harbor of Dec. 7, 1941, is still—75 years after the event—one of the most notorious events in American memory. The surprise Japanese attack precipitated the entry of the United States into World War II, one of the 20th century’s defining conflicts, and in turn altered the shape of global power. Post-war American dominance, the economic impact of the fight, the balance of interests in the Pacific—these developments still affect our world today.

And now, in the virtual reality experience Remembering Pearl Harbor, you can see Pearl Harbor from a whole new perspective.

The interactive room-scale experience, produced for LIFE VR by Deluxe VR in partnership with HTC and AMD, brings you back to 1941, as you experience Pearl Harbor and its aftermath through the eyes of Lt. Jim Downing, who was postmaster on the USS West Virginia. Now 103, he is one of the oldest living American veterans to have survived that day. His emotional story is a window into how Pearl Harbor changed not just the world, but also the lives of the thousands of people directly affected by the attack.

Through Downing’s story, you’ll see how Pearl Harbor played out for one person on the home front, in Hawaii and in the years that followed. Flip through the issues of LIFE Magazine that would have been in American homes at that time, listen to FDR address the nation over the radio, interact with personal mementos and much more.

Remembering Pearl Harbor was created using resources from the National WWII Museum and the Library of Congress, which provided expertise, artifacts and primary-source references; and with award-winning author and Pearl Harbor expert Craig Nelson as historical adviser.

Remembering Pearl Harbor is available on Viveport and Steam for the HTC Vive, and a 360° trailer can be viewed in LIFE VR’s Samsung VR channel. A full-length 360° edition of the experience is now released in theLIFE VR app for iOS and Android. 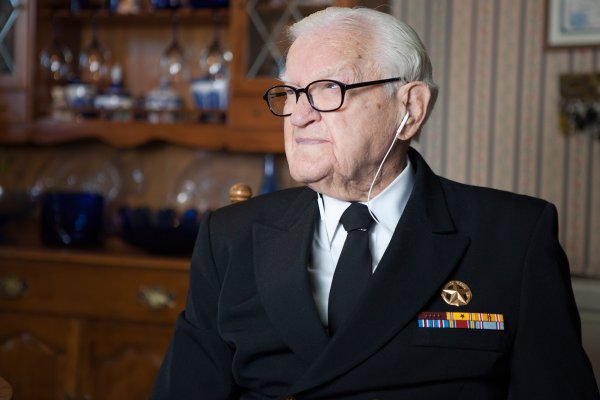 Meet the 103-Year-Old Veteran Behind 'Remembering Pearl Harbor'
Next Up: Editor's Pick