Niall Horan Says One Direction 'Will Be Back'

Irish heartthrob Niall Horan was once just the blonde member of boy band sensation One Direction. But after the mega-group’s ‘break,‘ however, he’s come into his own as a solo artist with the release of chart-topping ballad “This Town.” And now he’s about to be known as every diehard Directioner’s favorite guy in the group, given this latest update:

“We will be back,” he told Britain’s Sunday People of One Direction’s future, noting it would be “silly” for the group not to reunite. “I don’t think anyone needs to worry about us,” he added. “We are fine.”

The original fivesome, known for earworm hits like “What Makes You Beautiful,” lost member Zayn Malik back in March 2015; Malik went on to develop his own solo career. The four remaining members continued to tour together before announcing an indefinite hiatus that began in August 2015. Since then, Horan, Liam Payne and Harry Styles have all inked independent record deals (and Styles will appear in the upcoming war movie Dunkirk directed by Christopher Nolan), while Louis Tomlinson has been spending his time as a new father.

While no official reunion date or plans have been made, Horan’s statement gives a legion of adoring fans enough hope to keep them in good spirits through the holidays. 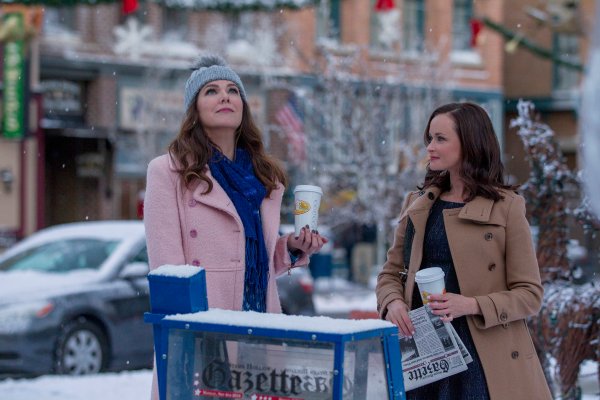 Will More Gilmore Girls Episodes Come to Netflix?
Next Up: Editor's Pick