Amber Heard has created a PSA to highlight domestic abuse, saying “when it happens in your home behind closed doors with someone you love, it’s not as straightforward as if a stranger did this”.

The video was posted to YouTube on Friday, coinciding with the U.N.’s International Day for the Elimination of Violence Against Women, in partnership with the Girlgaze project. In the video, Heard encourages viewers to speak up, saying “your voice is the most powerful thing.”

“Just as a woman having gone through this in the public stage, I have a unique opportunity to remind other women not only that this doesn’t have to be the way it is, you don’t have to do it alone,” Heard says in the video. The actress alleged in June that her then-husband Johnny Depp was abusive. Heard has since announced that she would be donating the $7 million divorce settlement that she received from Depp to two charities, one of which works with survivors of domestic abuse.

“Violence against women is not limited to actual physical violence, it is also about how we deal with it and how we talk about it in the media and in our culture,” the actress says in the PSA. “We, as women standing shoulder-to-shoulder, cannot and will not any longer accept silence.” 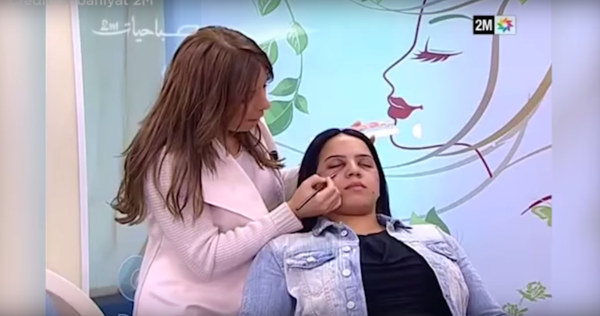 This TV Station Aired a Makeup Tutorial for Domestic Violence Survivors
Next Up: Editor's Pick