It has been more than two decades since the iconic film Forrest Gump was released, but actor Tom Hanks can still channel the character with ease.

In an appearance on the Graham Norton show, Hanks treated the audience and Olympic distance runner Mo Farah to a rendition of Gump’s quip about his newfound love for running. The actor said he still gets asked about the decades-old character, but admitted he needed a little bit of help recalling the lines.

Regardless of the addition of the cue cards, his fellow guests on Norton’s show got a major kick out of Tom Hanks channeling Forrest Gump. 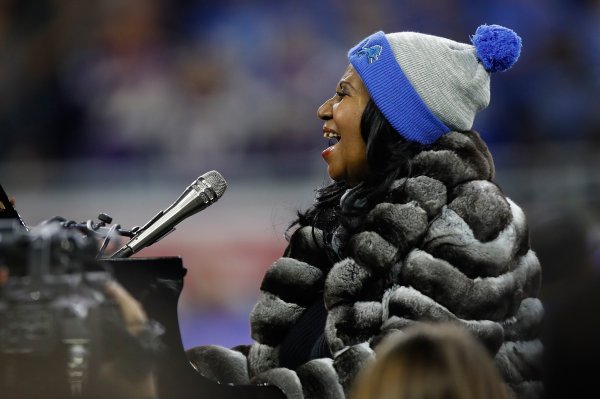 Aretha Franklin's National Anthem Will Blow Your Mind
Next Up: Editor's Pick