Filipino activists during a rally against the secrecy-shrouded burial of late Philippine president Ferdinand Marcos at the Heroes' Cemetery on November 18, 2016.
Richard James Mendoza—Pacific Press/LightRocket/Getty Images
By Joseph Hincks

Susan Quimpo was preparing for a protest outside the Philippines’ Supreme Court when she heard that a helicopter was already carrying the body of the man responsible for killing one of her brothers, and disappearing another, to a hero’s burial in Manila.

The dictator Ferdinand Marcos was hounded out of the Philippines by the People Power Revolution of 1986. He fled to Hawaii, where he died and was interred in an Oahu mausoleum until 1993. That year, his body was brought back to the Philippines and kept at a museum in Ilocos Norte, the province where he was born. There is uncertainty as to whether the contents of a glass-topped coffin at the museum really were his mortal remains or simply a wax replica.

At least one academic has asked if it was really Marcos’ body that was buried on Nov. 18 in a secrecy-shrouded ceremony at the Heroes’ Cemetery — or Libingan ng mga Bayani, as the hallowed resting ground for presidents, military notables and other Philippine greats is formally known. But it really doesn’t matter. His burial, symbolic or literal, came replete with full military honors and represented to many Filipinos the appalling rehabilitation of a man who imposed martial law in 1972, imprisoned 70,000 of their compatriots; tortured 34,000; killed over 3,200 others (all according to Amnesty International’s estimates), and stole up to $10 billion from state coffers by the reckoning of the Philippines’ Supreme Court.

Quimpo, 55, feels only anger and disgust. Speaking to TIME by phone on Wednesday, she said that during Marcos’ rule five of her siblings were tortured and sexually abused by members of the police and military.

“I spent my entire high school visiting one military camp after another every weekend and hearing stories of torture and rape from my siblings and those incarcerated with them,” she said.

Quimpo’s brother Ishmael Jr., who had been a student leader before joining the underground resistance to Marcos, was 24 years old when his body was found with seven bullet wounds in the Philippine countryside.

Another brother, Ronald Jan, vanished in October 1977, when he was a 23-year-old university student. Quimpo suspects they mistook him for his elder brother during a search of the family home and bundled him away.

“He told me that he was going to eat dinner at home later that evening but he never came home,” she tells TIME.

Philippines' former First Lady Imelda Marcos, center, speaks to supporters at the graveyard of the late dictator Ferdinand Marcos at the Heroes' Cemetery in Manila on Nov. 19, 2016, a day after the late dictator was buried.
Ted Aljibe—AFP/Getty Images

For strongman President Rodrigo Duterte — who has referred to Marcos as “the best President” — the burial was the fulfillment of a campaign promise he said would heal the nation. Instead, it has fueled outrage and brought the country’s culture of official impunity into glaring focus.

Marcos’ burial — eight days after the country’s Supreme Court had given it the green light but before the 15-working-day period allowed for appealing the decision had elapsed — has angered many Filipinos like Quimpo. They are taking to the streets to protest the lionization of a dictator who, they say, was buried “like a thief in the night.”

Last Friday, some 20,000 martial law survivors, students, workers and other protesters amassed in Manila’s Rizal Park, according to an organizer’s estimate. On Wednesday another 15,000 protested in Manila, with rallies held in other parts of the country and in the U.S., where there is a sizable Philippine community.

Alongside Quimpo and tens of thousands of demonstrators who gathered at the People Power Monument in Manila on Wednesday was law student and activist Kathryn Leuch.

She had spent Tuesday night occupying the street near the Heroes’ Cemetery with her group Block Marcos, and tells TIME that the strong presence of high school and university students at the demonstrations flew in the face of the stereotype of politically apathetic Filipino youth. “This shows that when they’re needed they will be there,” she says by phone from Manila. “They will take on the struggle. They can organize.”

Some of the people protesting with her, Leuch says, had voted for Duterte because they had become frustrated with widespread corruption and a lack of progress on poverty and labor rights under successive Philippine governments.

“For them Duterte represented a fresh change, even if he did threaten to deprive people of their rights,” Leuch tells TIME, but now “people are saying that this isn’t what we signed up for because it seems that he’s still abiding with these major political personalities.”

Duterte has promised that the military will not crack down on protesters.

But it is not only the burial that has made some Filipinos question their president’s ties to the late dictator’s family. When he visited Beijing last month, Duterte introduced Ferdinand Marcos Jr. — the dictator’s son — to Filipino expats there as “the next Vice President.”

For martial-law survivor Quimpo, there are also similarities between Duterte’s bloody drug war — which has seen the deaths of at least 5,000 people — and the atmosphere in the run-up to Ferdinand Marcos’ declaration of martial law. “They are trying to cultivate a milieu of fear and that is what Marcos had used to quell the opposition,” she says.

Stung by criticism of his methods, Duterte has threatened to impose martial law himself and to kill human-rights activists. Some protest leaders have suggested that recent alleged bombing attempts could be a scare tactic to deter protesters from gathering.

“Several people are dead every day from extrajudicial killings. They’re just shot and you don’t even know their names sometimes — their names don’t even appear in the newspapers,” Quimpo tells TIME. “Daily killings, talk of suspension of the writ of habeas corpus, talk of martial law — all this really stinks of the Marcos era.” 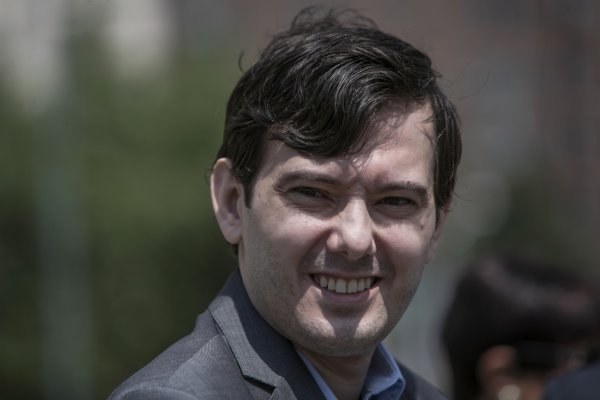