Disney's Moana Shoots to the Top of the Weekend Box Office

Disney’s Moana is riding the waves of financial success.

After helping the domestic box office push past the $10 billion mark in record time on Friday, Moana crosses the weekend finish line with an estimated $55.5 million three-day haul, bringing its five-day holiday tally to $81.1 million.

Though it posted a higher Wednesday opening than fellow Disney animation title Frozen, which also landed the day before Thanksgiving, Moana’s holiday gross falls around $13 million short of the Kristen Bell/Idina Menzel juggernaut’s $93.3 million take over the same frame in 2013. The film attracted a 55 percent female audience base to its 3,875 theaters and earned a stellar A grade on CinemaScore. Disney now occupies the top six slots among five-day Thanksgiving debuts and the top eight for the three-day post-Thanksgiving weekend.

Overseas, Moana earns $16.3 million from a handful of territories, including China, where it grossed $12.3 million for the weekend. Its global cumulative stands at an estimated $97.4 million.

Finishing in second place is the Warner Bros. Harry Potter spinoff Fantastic Beasts and Where to Find Them, which adds an estimated $45.1 million to its domestic total ($65.8 million for the five-day stretch). Its worldwide total now stands at $473.7 million.

At No. 3, Marvel Studios’ Doctor Strange ropes in an additional $13.4 million, bringing its global total to an estimated $616 million — the ninth film in the Marvel Cinematic Universe to cross the $600 million mark.

The Brad Pitt/Marion Cotillard vehicle Allied finishes its first weekend in wide release at No. 4, amassing a so-so $13 million for the three-day weekend, and an estimated $18 million for the five-day, attracting almost an even split between genders (51 percent male, 49 percent female) and scoring a B from polled audiences on CinemaScore. The $85 million picture also opened in 23 international markets (34 percent of its global footprint) this weekend, grabbing an estimated $9.4 million — 9 and 8 percent higher than comparable titles like The Imitation Game and Bridge of Spies, respectively.

Amy Adams’ Arrival rounds out the top five, falling a mere 7.3 percent to an estimated $11.3 million after adding 107 theaters to its screen count on Friday.

Outside the top five, Billy Bob Thornton’s Bad Santa 2 eats up an underwhelming $6.1 million across its debut three-day frame.

Surprisingly, Warren Beatty’s long-awaited directorial comeback Rules Don’t Apply registers one of the worst opening weekends for a wide release in recent memory, averaging a dismal $661 per theater at 2,382 locations for a three-day finish of $1.6 million ($2.2 million for the five-day period). Though the film’s reviews weren’t as strong as Beatty’s previous efforts in the director’s chair, the Hollywood legend earned a respectable amount of Oscar buzz for his performance as Howard Hughes, though its awards season prospects seem altogether dashed by the film’s disastrous performance at the box office.

Fellow awards hopefuls Lion and Miss Sloane impress with their limited bows, however, averaging $32,092 and $21,000 per-theater on the specialty front, respectively. Increasing its theater count from four to 48, Casey Affleck’s likely Best Picture contender Manchester By the Sea continues to overperform on the prestige circuit, making an additional $1.3 million this weekend, bringing its domestic total to just under $1.7 million. A24’s awards-bound Moonlight also continues its box office run, approaching the $9 million mark as it piles an extra $1.3 million to its growing total.

Year to date box office is up 4.5 percent from the same period in 2015. Check out the Nov. 25-27 weekend box office estimates below. 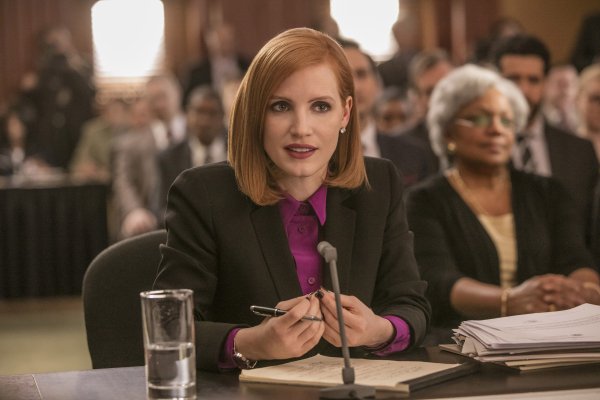