The Guy Who Founded Corona Beer Invested Heavily in His Hometown

A Spanish businessman is being remembered for investing heavily in his hometown.

When 98-year-old Antonino Fernández died earlier this year, his estate was valued at around $210 million. Fernández used some of his wealth to invest in fresh drinking water, the restoration of a church and the redevelopment of a public square in his hometown Cerezales del Condado in the northwest of Spain, according to the BBC.

“I do not know what we would have done without Antonino,” Cerezales del Condado bar owner Maximino Sanchez told a local paper.

However, the extent of his generosity did not extend to bequeathing every resident of the town millions in his will.

“I can confirm he didn’t leave money to his villagers in his will,” Lucia Alajos, communications chief for Fundación Cerezales Antonino y Cinia, a cultural and contemporary art center established by Fernandez, said, according to Mashable. “His family recently opened his will and we actually don’t know who got the money from the inheritance. But it’s definitely not the town or his neighbors.”

Fernández was already a highly decorated philanthropist whose legacy includes several charities that help the disabled to find employment.

Correction: The original version of this story misstated how Fernández bequeathed his fortune. The precise details of who received money are not widely known. 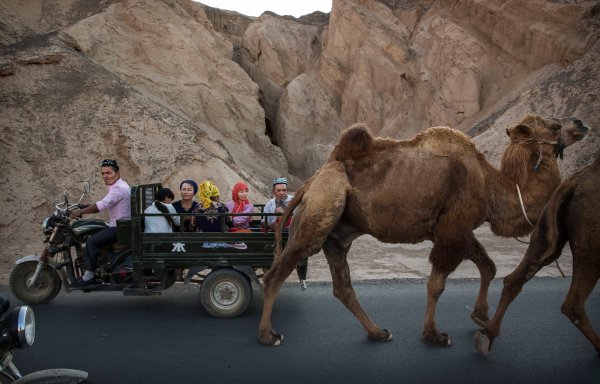 China Orders Residents in One Province to Hand In Their Passports
Next Up: Editor's Pick