Saturday’s Powerball jackpot has topped $400 million, making it one of the largest in U.S. history.

The top prize has not been won since Sept. 17, growing the pot to $403 million. The prize is now the 9th largest-ever Powerball jackpot and the 13th largest jackpot in U.S. history, Reuters reports.

The odds of winning the grand prize are more than 1 in 291 million. According to USA Today, the grand prize is handed out to the winner over 30 years or through a substantially smaller lump sum payment—a bit less than $250 million for Saturday’s drawing.

The $2 Powerball tickets can be bought in 44 states, the District of Columbia, Puerto Rico and the U.S. Virgin Islands. According to Reuters, the largest ever lottery prize of 1.6 billion was split between three winning tickets in January. 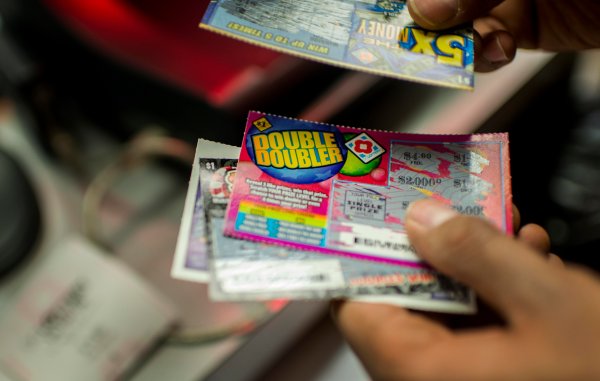 North Carolina Woman Wanted to Show Her Husband the Lottery Isn't Worth It. Then She Won $1 Million
Next Up: Editor's Pick