Pro-independence lawmakers Sixtus "Baggio" Leung, right. and Yau Wai-ching speak to the press outside the High Court in Hong Kong on Nov. 15, 2016, after a court ruled to disqualify them as lawmakers
Anthony Wallce/AFP/Getty Images
By Kevin Lui / Hong Kong

Two Hong Kong independence advocates elected to the local legislature will not be allowed to retain their seats after a three-judge panel upheld an earlier ruling.

The rejection of an appeal made by Yau Wai-ching, 25, and Sixtus “Baggio” Leung, 30, who were elected to the Legislative Council in September, is the latest chapter in a weeks-long political firestorm, and comes after a heavy-handed intervention by Beijing, which is implacably opposed to separatism.

The High Court judges found unanimously that the two had, in effect, declined to take their oaths of office when they turned their inaugurations into a political demonstration. At the ceremony on Oct. 12, both Yau and Leung unfurled banners that stated that Hong Kong was not part of China, and departed from the prescribed oath by pledging allegiance to the “Hong Kong Nation” instead of Hong Kong as a Special Administrative Region of China.

“There is therefore no question of allowing them to retake the [Legislative Council] Oath,” wrote Justice Andrew Cheung in the ruling, adding that the vacation of their offices was “automatic.”

Neither Yau nor Leung showed up to hear the ruling, which comes after the Standing Committee of the National People’s Congress (NPCSC), China’s rubber-stamp legislature, found against them in early November — at the same time as their actions were the subject of a judicial review brought by the Hong Kong government.

“As critics we can argue that it was improper for the NPCSC to intervene in a pending case but we could not expect the Court of Appeals to challenge that decision,” Michael Davis, a former law professor at the University of Hong Kong, tells TIME by email. The NPCSC, he says, “essentially foreclosed any chance the court would side with the two legislators.”

Both Yau and Leung were among the fresh faces elected as part of a local backlash against Chinese encroachment on the semiautonomous territory’s freedoms, and have been under constant attack from loyalist forces for the manner in which they attempted to take their oaths. Business in the chamber has ground to a halt for weeks as a result.

The burgeoning Hong Kong independence movement has meanwhile attracted the fury of the Chinese state. Speaking on Nov. 11 in Beijing, President Xi Jinping said, “All activities that intend to divide the country will certainly be firmly opposed by all Chinese people. We will never allow any one, any organization, any party to split off any tract of territory from China anytime, or in any way.”

The High Court said Wednesday that it would hear applications for Yau and Leung’s appeal to the territory’s ultimate court, the Court of Final Appeal, on Thursday morning. 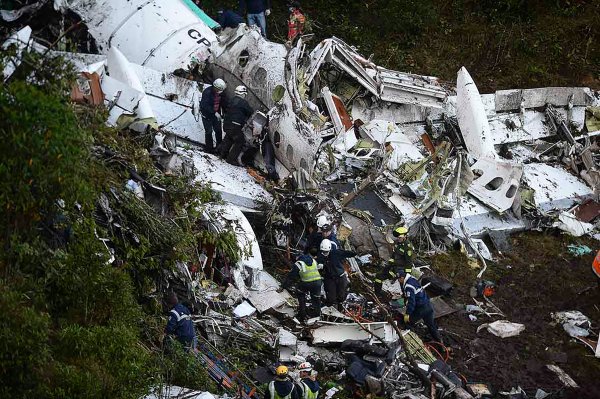