Captain Scott Kelly speaks on stage at LocationWorld 2016 Day 1 at The Conrad on November 2, 2016 in New York City.
Brian Ach—Getty Images for LocationWorld 2
By Kate Samuelson

Scott Kelly, the former NASA astronaut at the center of TIME’s Emmy-nominated series A Year in Space, has been appointed Champion for Space by the United Nations Office for Outer Space Affairs (UNOOSA) for an initial period of two years.

As Champion for Space, Kelly, who holds the record for the most cumulative number of days spent in space by an American astronaut, will help raise awareness of UNOOSA’s activities, as well as promote space as a tool for achieving various sustainable development targets.

“In this role, Mr. Kelly will combine his demonstrated passion for making our world a better place with his expertise and experience in space. I look forward to working with Mr. Kelly to bring global attention to the important role that space can play in sustainable development,” the director of UNOOSA, Simonetta Di Pippo, wrote in a statement.

A Year in Space followed Kelly and Russian Cosmonaut Mikhail Kornienko on their record-breaking stay aboard the International Space Station—part of an ambitious experiment to determine if humanity’s grand dreams of traveling to Mars can ever be achieved. 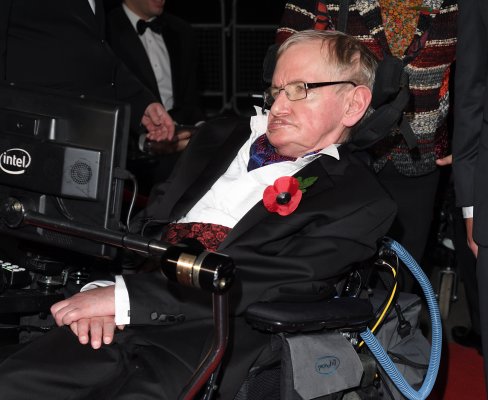 Stephen Hawking Gives Humans a Deadline for Finding a New Planet
Next Up: Editor's Pick