Shonda Rhimes pose with the 'Founders' award in the press room during the 44th International Emmy Awards at New York Hilton on November 21, 2016 in New York City.
Jim Spellman—WireImage
By Mahita Gajanan

During her acceptance speech at the International Emmy Founders Award Monday night, Rhimes, who is known for casting diverse actors in her shows like Grey’s Anatomy, Scandal and How to Get Away With Murder, called television the “most powerful source of communication in the world,” according to The Hollywood Reporter.

“We sit with you in your homes, you spend hours with many of my characters than you do with members of your own family,” Rhimes said. “That comes with an enormous responsibility, and I take it very seriously. Words have power. TV has power. My pen has power.”

Rhimes said she previously ignored discussions of diversity on TV and waved away people’s suggestions that her shows including underrepresented communities was a positive influence.

“I’ve had the luxury of living in a free and fair America where I slept peacefully under the ideals of equality and the making of a more perfect union,” she said. “The ideals are still there; whether or not we’re actually gonna live up to them is the question.”

In the wake of the election, Rhimes wants to consciously continue developing such characters.

“A lot of people right now are scared, nervous or worried: people of color, any woman who values her body and her choices, LGBTQ people, immigrants, Muslims, people with disabilities,” Rhimes said, referring to Trump’s positions and previous remarks without mentioning his name. “They’re afraid their voices will no longer be heard, or they believe they’re going to be silenced. … My pen has power — I’m thinking about that.” 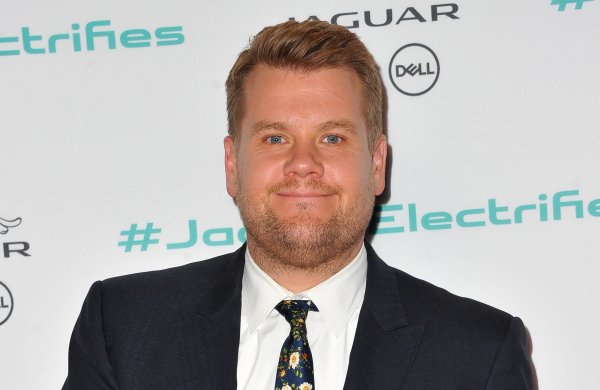 James Corden Will Host the 2017 Grammy Awards
Next Up: Editor's Pick