'Minecraft' Is Getting a Massive Update On PlayStation and Xbox

With all this talk about updates to Minecraft‘s Java, Windows and Pocket Edition versions, what about the consoles, currently missing a slew of coveted PC version features? Microsoft just unveiled a trove of new elements — some long-awaited, others bolt-from-the-blue — designed to shore up the PlayStation and Xbox versions of the company’s freeform builder in late December.

Dubbed the “Holiday Update” (and, as usual, free to existing owners), it’ll bring the elusive Elytra glider to the game (think capes that let you “fly”). Better still, console owners will get a formerly Java exclusive feature dubbed “Amplified Terrain” that’ll let players rejigger a world’s hundreds of thousands (PS3, Xbox 360, Wii U) on up to tens of millions (PS4, Xbox One) of blocks, to create topographical extremities sure to impress any virtual alpinist.

Microsoft says the update includes new mobs, items and status effects, as well as user interface, game and tutorial changes. They’re also folding in new status effects, including one that’ll let you create Lingering Potions to “leave some status effects on the ground for a friend or foe to happen upon.” And The End, which harbors the new Elytra, will include End Cities, End Ships and decorative miscellany like Chorus Plants and Purpur blocks.

Today’s announcement is a “sneak peek,” meaning they’re deliberately holding a few things back. Perchance shields? The rest of the “Combat Update” that introduced the Elytra to Java players last February? We’ll see.

Microsoft calls this its “biggest Minecraft console update of the year” and says that after the update, console Minecraft will at last be virtually on par with the original PC version. That aligns with what the company just announced it’s doing for the Windows 10 and Pocket Edition version, itself set to achieve virtual feature parity with the Java version once the “Ender Update” drops sometime next month.

And finally, because there has to be One More Thing, Microsoft says it’s “completely redesigning the End dimension” for the console editions. I have no idea what that means, but can’t wait to find out. [Update: Per Microsoft, make that the same redesigned End as was introduced to the Java edition with version 1.9.] 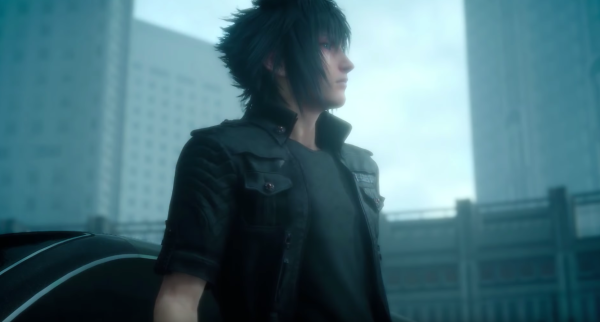 Everything to Know About the New 'Final Fantasy XV' Trailer
Next Up: Editor's Pick