Here's Why Firing Jurgen Klinsmann as the U.S.A.'s Soccer Coach Was the Right Move

American soccer is too big to fail. So Sunil Gulati, president of the United States Soccer Federation, had no choice but to fire national team coach Jurgen Klinsmann, the former German star he so aggressively wooed to take over the men’s program back in 2011.

The American men haven’t missed a World Cup since 1986, and soccer’s popularity has spiked in the United States. An American pro league, Major League Soccer (MLS), is no longer a curiosity and has expanded its TV presence, both domestically and overseas. European clubs have opened offices in the U.S., and started training academies to tap into the market. American sports organizations, entrepreneurs and sponsors have invested millions of dollars to build up soccer in this country. The U.S. women, who are fighting for pay equal to their male colleagues, are reigning World Cup champs.

However, the U.S. men, under Klinsmann’s leadership, have lost the first two games of their final World Cup qualifying round. A failure to reach the 2018 World Cup, hosted by Russia, would be disastrous. Gulati had to pull the plug now: the next qualifying game is in March. This soft spot in the schedule gives the U.S. players ample time to acclimate to their new coach, which could very likely be Bruce Arena, who led the men’s team during the 2002 and 2006 World Cups.

In an interview with the New York Times released Monday, Klinsmann expressed confidence that, despite the two early losses, he’d still be leading his team into the 2018 World Cup. He was far from delusional, as eight games remain in the qualifying round, known colloquially as “the Hexagonal.” Six teams from the region (the United States, Mexico, Panama, Honduras, Costa Rica and Trinidad and Tobago) play a pair of games against one another. The top three teams advance to the World Cup — the fourth place team meets the fifth place team from the Asian confederation to fight for a final World Cup spot. Klinsmann has plenty of time to correct course.

But Gulati, a senior economics lecturer at Columbia, knows his cost-benefit calculations. Going forward, the Americans can’t perform any worse. So making a change now, and at least trying to shake things up, is actually the safest bet. If the Americans had continued to fail under Klinsmann, U.S. soccer leadership would be accused of complacency. That’s a sports management sin.

So what can a new coach bring? Klinsmann’s tinkering with lineups and formations seemed to make his players uncomfortable. Tactical consistency might help. After a humiliating 4-0 loss to Costa Rica on Nov. 15, morale is low. The team needs to take a deep breath and reboot. Now’s the ideal time for a fix. Klinsmann enjoyed some success, including a 55-27-16 record, a 2013 Gold Cup title and surviving the “Group of Death” at the 2014 World Cup in Brazil, where the U.S. reached the Round of 16. But at this point in American soccer history, Klinsmann is just too risky. Too much is on the line. America can’t afford a regression. 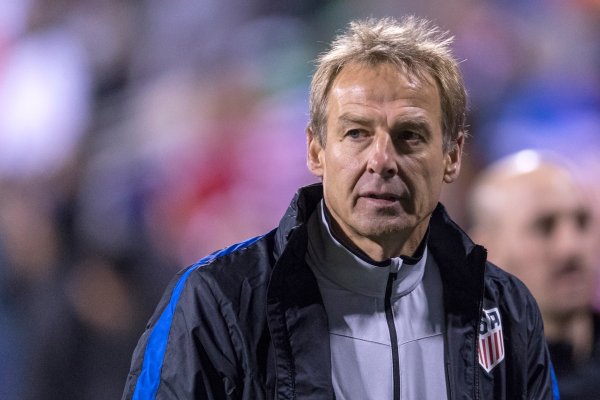