The U.S. Holocaust Museum condemned the rhetoric promoting Nazism at the white nationalist conference hosted by the National Policy Institute at the Ronald Reagan Building and International Trade Center this weekend.

On Saturday, prominent alt-right leader Richard Spencer spoke against Jewish people and quoted Nazi propaganda in German in a speech to the conference crowd. As he ended his address, audience held their arms out in a Nazi salute. They shouted, “Heil the people! Heil victory,” the New York Times reported.

Spencer “implied the media was protecting Jewish interests and said, ‘One wonders if these people are people at all?'” the Holocaust Museum said in a statement, saying his rhetoric mirrored Adolf Hitler’s view “of Jews and that history is a racial struggle for survival.”

“The Holocaust did not begin with killing; it began with words,” the statement said. “The Museum calls on all American citizens, our religious and civic leaders, and the leadership of all branches of the government to confront racist thinking and divisive hateful speech.” 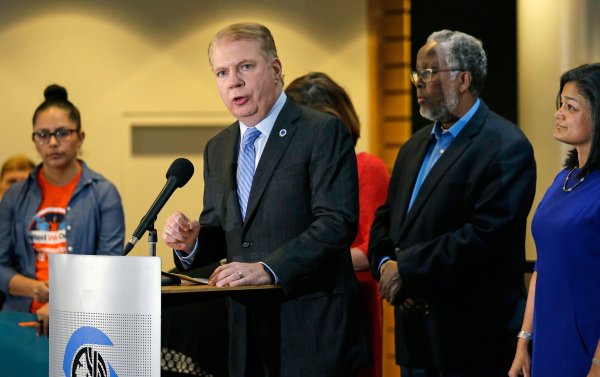 Mayors Across the U.S. Are Defying Trump on Immigration
Next Up: Editor's Pick