Kansas Secretary of State Kris Kobach, who has been advising Donald Trump on immigration issues during the transition, met with the president-elect on Sunday and inadvertently offered a glimpse of his plans should he be tapped for a cabinet position.

In an Associated Press photo of Kobach heading into the meeting taken outside of Trump’s New Jersey golf club, a piece of paper in Kobach’s hand is facing outward, revealing a bit of what may have been discussed in the meeting.

A reporter at the Topeka Capital Journal took a closer look at the documents, which reportedly included proposals like “bar the entry of potential terrorists” and track “all aliens from high risk areas.” The document also includes a proposals for “extreme vetting questions” and halting the acceptance of Syrian refugees.

The details of the document align with many of the promises Trump made on the campaign trail, which is little surprise given Kobach’s connection to the campaign and his stance on immigration.

Kobach isn’t the first politician who has been caught accidentally revealing plans to cameras. Back in 2009, a British counter terrorism officer resigned after leaking the details of a major operation on a document caught on film. 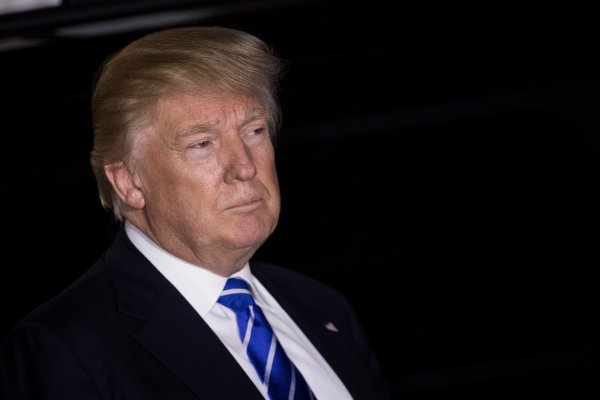 FEC Dings Trump Campaign Over $1.3 Million in Donations
Next Up: Editor's Pick