When Jim Downing was 28, he had already been in the Navy for nine years. He joked that the USS West Virginia was his multi-million-dollar home, paid for by Uncle Sam, but he happened to be off the ship on the morning of Dec. 7, 1941 when the Japanese attacked Pearl Harbor. He raced to the water, but by the time he got there the West Virginia had already taken multiple hits, and was in flames. He managed to get aboard via the neighboring USS Tennessee, so that he could try to keep the fire from reaching the lockers where live ammunition was kept.

“When the Japanese bombing was over, I looked at the clock. It was about five minutes to 12:00. I didn’t think that much time had passed,” Downing, who now lives in Colorado, told TIME in a recent interview. “If you had asked me how long it had been since the first attack came, I would have said 30 minutes. It was actually three hours. It was happening so fast.”

It will be no surprise that those experiences stayed with Downing in the 75 years that followed. He is, at 103, the second-oldest known American veteran to have survived that day, and has spent much of his life reflecting on what he learned as a witness to one of history’s most infamous moments.

Now, his perspective has been brought to life by LIFE VR and Deluxe VR, in partnership with HTC and AMD, in Remembering Pearl Harbor. This original virtual reality experience, available on Thursday on Viveport and via the LIFE VR app for iOS and Android later this month, uses interviews with Downing to shed new light on the events of Dec. 7, 1941, by letting users see that time through his eyes. At an imagined American home, on the ground in Pearl Harbor and in the present day, Downing’s recollections tell a story of how a day that changed the world also changed the life of one man. Remembering Pearl Harbor was created using resources from the National WWII Museum and the Library of Congress, which provided expertise, artifacts and primary-source references; and with award-winning author and Pearl Harbor expert Craig Nelson as historical adviser.

For Downing, who also recently worked on a book about his experiences, the events of Pearl Harbor were not just a matter of the attack and military response. He made it a personal mission to reach out to the families of many of the men who were killed or injured that day, either providing information about those who had died or passing along the sentiments of survivors who were not well enough to write their own letters.

“I got many letters from parents being so grateful to me for making that link with their sons,” Downing told TIME. “Now at that point I wasn’t thinking about history. I didn’t keep the letters. I have maybe one of them that I kept. But I was just trying to do what I thought was the most useful thing I could do at that time.”

Remembering Pearl Harbor will be available exclusively on Viveport for the HTC Vive beginning Thursday, and a 360° trailer can be viewed in the LIFE VR app for iOS and Android. A full-length 360° edition of the experience will be released in the LIFE VR app later this month. 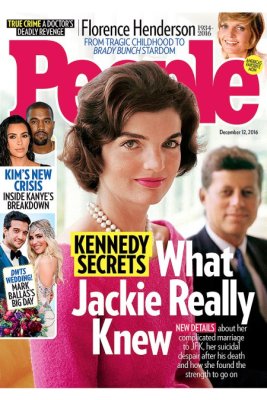 Why Jackie Kennedy Put Up With JFK's Cheating
Next Up: Editor's Pick