How Mayors Across the U.S. Are Defying Donald Trump on Immigration

The day after Donald Trump was elected president, Seattle Mayor Ed Murray visited a local school. Many of the students, he says, were Latino, undocumented and upset about the new president-elect, who vowed during the campaign to deport millions of people just like them.

In the face of Trump’s threat and his electoral victory, Murray has vowed to preserve Seattle as a “sanctuary city,” one of dozens across the country where local officials refuse to comply with federal immigration orders that could lead to deportation.

“If we were forced to cooperate, those young people who spent their whole lives here would be ripped out of this city and sent to a place they don’t know,” Murray says. “And I think that is immoral.”

The stark differences over immigration policy have set up a clash between the incoming Republican administration and predominantly Democratic mayors around the country. New York City Mayor Bill de Blasio and Chicago Mayor Rahm Emanuel have both pledged to keep their cities’ sanctuary status, and mayors in roughly two dozen other cities including Los Angeles, San Francisco, Baltimore, Newark, N.J., and Providence, R.I., have reaffirmed their policies not to comply with federal immigration agents.

Trump, meanwhile, has taken aim at these cities; in his first 100 days, the president-elect has pledged to slash federal money for cities that refuse to work with immigration agents who ask local officials to detain potentially undocumented immigrants. On Sunday, Reince Priebus, Trump’s incoming chief of staff, told CNN that cutting funding for those cities is something the administration will be “looking into.” But the threatened budget cuts have not dissuaded mayors determined to protect undocumented immigrants.

“It’s my personal belief that it’s the morally right thing to do,” says Philadelphia Mayor Jim Kenney. “But in addition to that, it’s the economically smart thing to do. Immigrants helped reverse decades of population decline in our city and they’re responsible for almost all our small business growth.”

The debate over sanctuary cities can be confusing. That’s in part because there’s no legal definition for the term, which originated in the 1980s when churches began housing Central American refugees fleeing civil war, says Angela Garcia, a University of Chicago sociologist who studies immigration. A number of cities began adopting policies that allowed the release of undocumented immigrants who had been arrested for low-level crimes but had served their punishment. Local authorities believed that those kinds of policies could aid law enforcement because potential witnesses to a crime would feel more comfortable coming forward. Others implemented similar policies to prevent racial profiling by police.

Today, the term “sanctuary city” is often used to describe cities that refuse to cooperate with detainee requests from the U.S. Immigration and Customs Enforcement, an arm of the Department of Homeland Security, although many work with federal officials if the person detained has a felony record. Lena Graber, an attorney with the Immigrant Legal Resource Center, says more than 500 counties and about 40 cities routinely reject ICE detainee requests. More than 2 million immigrants were deported under President Obama, many of whom were targeted under the ICE Secure Communities Program, which created stronger ties between local officials and federal agents. In 2014, however, the Obama administration backed away from the program after backlash from some cities and immigration activists. The number of illegal immigrants in the U.S. has remained at around 11 million, according to the Pew Research Center, appearing to show that new arrivals have balanced removals.

During his campaign, Trump regularly criticized cities with sanctuary policies, often discussing the death of 32-year-old Kate Steinle, who was shot in San Francisco in July 2015. The suspect, Juan Francisco Lopez-Sanchez, was a Mexican national who had been deported five times before the shooting. Trump often pointed to cities like San Francisco as havens for undocumented immigrants, which he said could lead to an increase in crime. Studies, however, have shown that sanctuary city policies do not appear to have an effect on crime rates.

If Trump makes good on his promise to punish sanctuary cities, billions of federal dollars could be cut from local budgets across the country, money that goes to a host of programs. New York City, for example, gets roughly $10 billion in federal funding each year, supporting child services programs and public housing. In San Francisco, roughly 5% of the operating budget comes from Washington, while officials in Santa Fe, N.M., and Minneapolis say federal money comprises about 2% of their budgets.

Any changes in federal funding would almost certainly have to be approved by Congress, however, and immigration experts say it may prove difficult to determine which cities should be subject to cuts.

“Since there’s no legal definition of a sanctuary city, they would have to make up what their definition is and then try to figure out which cities actively have a policy on the books that is creating sanctuary,” Garcia says.

Local officials also argue that their policies are perfectly legal. The focus of many cities’ resistance involves what’s called a detainer, a legal document federal immigration officials send to local law enforcement requesting that they hold someone who’s already in custody.

“For a very long time, those were honored unquestionably,” says Christopher Lasch, a University of Denver law professor who studies sanctuary policy. “Then it came to light that maybe the legal basis for these is extraordinarily shaky.”

Around 2010, a number of jurisdictions argued that they weren’t under a legal obligation to follow federal orders, citing the 10th Amendment’s separation of powers between federal and local authorities as well as a 1997 Supreme Court decision protecting local officials from complying with a federal gun control law. In 2014, a federal court in Oregon determined that detainee orders also violated the Fourth Amendment’s prohibition of holding someone without probable cause.

“There are very strong legal reasons why many jurisdictions have adopted these policies,” Lasch says, adding that there would likely be serious legal challenges if President-elect Trump cuts federal funding to sanctuary cities.

In Seattle, which spent roughly $85 million in federal funds last year on programs and departments like homelessness services, transportation and the police, Mayor Murray says he’ll do what he can to prevent budget cuts—potentially including litigation.

“I think for the federal government—for the president and the Republicans in Congress—to start reaching into very intricate programs that send money to the cities is going to be a big lift,” Murray says. “Under the current law, we are legally a sanctuary city and we will remain one under the rule of law.” 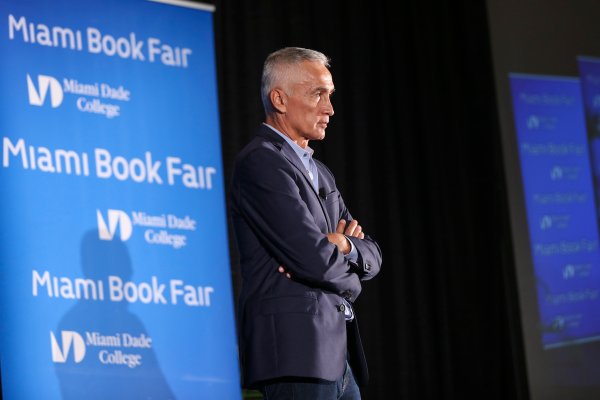 Jorge Ramos: Surprise Us, Mr. Trump. Show Us Your Big Heart.
Next Up: Editor's Pick