North Carolina Gov. Pat McCrory is refusing to concede after an extremely close battle for reelection has left him more than 6,000 votes behind his challenger, Democrat Roy Cooper.

The Republican incumbent has lodged complaints in at least 50 counties about voting irregularities across the state, including votes from the dead, votes from felons and voters who cast ballots in multiple states, the Raleigh News & Observer reports. He has called for a recount, which he is allowed to do since the margin of votes is less than 10,000, but elections officials in at least three counties have rejected his request, North Carolina radio station WFAE reports. The largest complaint was aimed at the Democratic-leaning Durham County; officials unanimously dismissed that complaint on Friday.

The state’s Board of Elections voted Sunday to meet on the issue this week. According to the Associated Press, Republican state board member Rhonda Amoroso has urged a prompt response to the complaints because hearing about them could lead citizens to believe there is a “systemic issue here of fraudulent voter activities.”

An elections attorney for Cooper told the News & Observer that the Democrat’s lead is insurmountable.

“This race has simply gotten away from Pat McCrory,” attorney Marc Elias said. “More North Carolinians voted for Roy Cooper than Pat McCrory, and did so by a close but significant margin. There is nothing Gov. McCrory or his legal team are going to be able to do to undo what is just basic math.”

As governor, McCrory made national headlines for his staunch defense of a controversial law that limited transgender people’s access to public restrooms. The law, known as HB2, led companies, sports teams and celebrities to boycott the state. 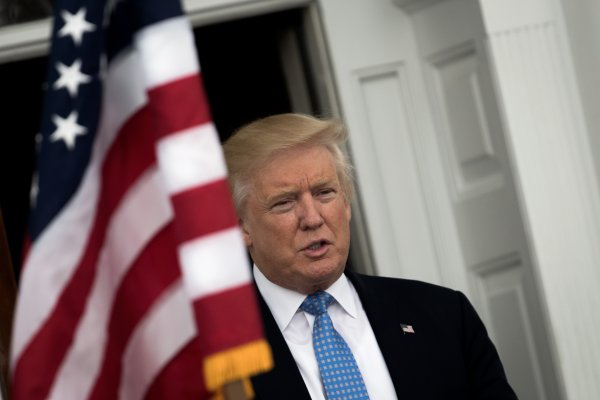 More Americans Like Donald Trump Now That He Won
Next Up: Editor's Pick