Rutgers University has released a report describing the roles enslaved people played in the school’s history, including details about how a slave helped build a prominent campus building and the fact that the university’s first president and trustees were slaveowners.

In 2015, a committee formed to investigate enslaved and disenfranchised populations in Rutgers history, and the report “Scarlet and Black” is the first published product of the committee’s work, according to a Rutgers press release. Students and community members had previously voiced frustration over how the university had failed to address the slavery in its history.

“This work shows that we are not afraid to look at ourselves and our early history,” said Rutgers University-New Brunswick Chancellor Richard Edwards, who convened the committee, in the press release. “We are a large public university that is one of the most diverse in the country and we think we need to understand our history and not be ashamed of it, but to be able to face it in a forthright way.”

The book reveals details about Will, an enslaved man who laid the foundation of Rutgers building Old Queens Hall, whose construction began in 1809. The report also examines how the school benefitted from the displacement of Native American people.

The committee made a number of recommendations, including honoring people like those highlighted in the research around campus, and continuing research with future volumes of “Scarlet and Black.” A number of other colleges, such as Georgetown, have recently made their own ties to slavery public. 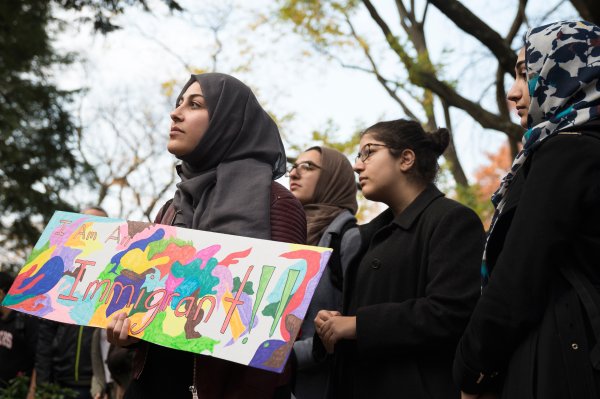 How Campuses Could Protect Undocumented Students From Deportations
Next Up: Editor's Pick