Cuomo spoke about efforts to combat hate crimes, protect public school students and ensure legal representation for any immigrants in the state at the Abyssinian Baptist Church in the Harlem neighborhood of New York City. The Hate Crimes Unit will include officers from across the state who have training in bias crime, and it will be able to help district attorneys with their cases in court, Cuomo’s office said in a statement.

“I come here today with a heavy heart,” Cuomo said in his remarks at the church. “The ugly political discourse of the election did not end on Election Day, in many ways it has gotten worse, into a social crisis that now challenges our very identity as a state and as a nation and as a people.

“We will prosecute to the fullest extent of the law the perpetrators of any of this ugliness and divisiveness, because it’s not happening in this state,” he added.

Racist incidents have been reported across the country since Election Day, with many fearing Trump’s election after a historical bitter and divisive campaign has encouraged such incidents. Some perpetrators have invoked his name. In New York City, the rate is up 31% from this time last year, New York Police Commissioner James O’Neill told a local radio station on Sunday. 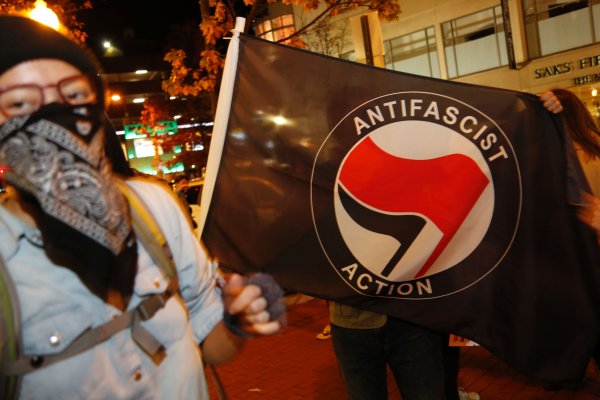 White Nationalist Injured During Protest Outside Washington Conference
Next Up: Editor's Pick