A Pet Monkey May Have Triggered Deadly Tribal Fighting in Libya

At least 20 people have been killed and around 50 injured after days of clashes between rival tribes in Libya that were apparently sparked by a pet monkey.

According to activists and locals in the southern city of Sabha, four days of fighting erupted after three men from one of the city’s main tribes, the Gaddadfa, set a monkey loose on a high school girl, where it bit and scratched her, and pulled off her headscarf, reports the Associated Press. Members from another powerful tribe, Awlad Suleiman, reportedly sought revenge by killing the young men and the monkey.

The ensuing conflict between the two most powerful tribes in Sabha — both are backed by armed militia — escalated after two days with the use of tanks and mortars, Reuters reports.

“There are still sporadic clashes and life is completely shut down in the areas where there has been fighting,” said a Sabha resident who wished to remain anonymous Sunday.

In 2011, a military intervention led by NATO toppled dictator Muammar Gaddafi, but the country was left without a plan going forward — something which President Obama expressed over the weekend had been the biggest regret of his Administration. Since then, the country has been plagued with unrest from warring factions and political instability. 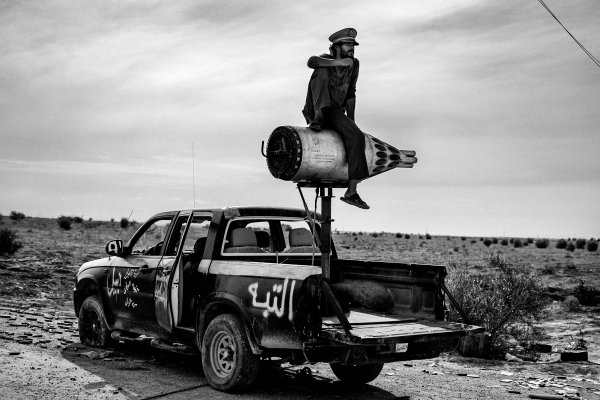 Now and Then: Photographing the Battles for Sirte
Next Up: Editor's Pick