Ivanka Trump walks through the lobby of Trump Tower with on November 18, 2016 in New York City.
Spencer Platt—Getty Images
By Mahita Gajanan

President-elect Donald Trump appears to started a Twitter war against the Broadway musical Hamilton, having tweeted insults about the show multiple times over the last day after Vice President-elect Mike Pence was booed at the theater and received a direct message from the cast after attending a performance Friday night.

Trump took issue with the cast’s message—which called on the presidential administration to “work on behalf of all of us—and demanded they apologize to Pence.

“The cast and producers of Hamilton, which I hear is highly overrated, should immediately apologize to Mike Pence for their terrible behavior,” Trump said in one of his many tweets about the incident. It’s unclear if he’s actually seen the Tony-award-winning musical.

But not all Trumps seem to share the President-elect’s view that the show is “highly overrated.” In March, Trump’s daughter Ivanka Trump attended Hamilton with “very high expectations.”

“They were still surpassed,” she tweeted, sharing a photo of the Hamilton playbill. 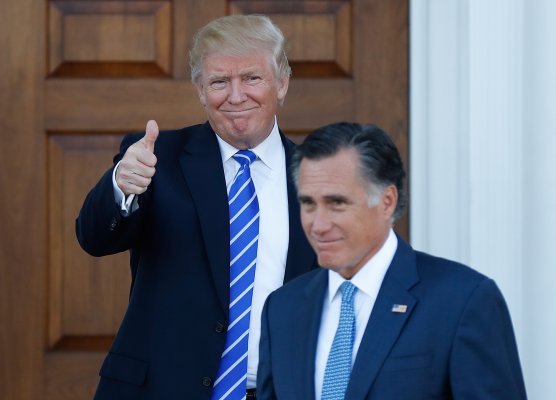 Mitt Romney Is Under 'Active Consideration' for Secretary of State
Next Up: Editor's Pick