Mike Pence: I Was Not Offended by Hamilton Cast's Message

Mike Pence says he was not offended when the cast of Hamilton addressed him on Friday night. In an appearance on Fox News Sunday, Pence said he enjoyed the show.

After the performance of Hamilton on Friday, Brandon Victor Dixon, who plays Aaron Burr, directed a message at the Vice President-elect.

“We, sir, we are the diverse America who are alarmed and anxious that your new administration will not protect us, our planet, our children, our parents or defend us and uphold our inalienable rights, sir,” Dixon said. “But we truly hope that this show has inspired you to uphold our American values and to work on behalf of all of us. All of us.”

Pence was booed when he took a seat at the theater while attending the hit Broadway musical. But none of the controversy appeared to faze him.

“I really enjoyed watching Hamilton,” he said. “It was a real joy to be there. I heard a few boos. I wasn’t offended by what was said.”

Pence took a much milder tone than President-elect Donald Trump, who has tweeted about the incident four times in the last 24 hours (one tweet, accusing the cast of not being able to memorize their lines, was deleted). Trump said Pence was “harassed,” called Hamilton “highly overrated,” and demanded the cast and producers apologize.

When asked if he thought an apology was necessary, Pence said, “I’ll leave it to others whether that was the appropriate venue to say it.” 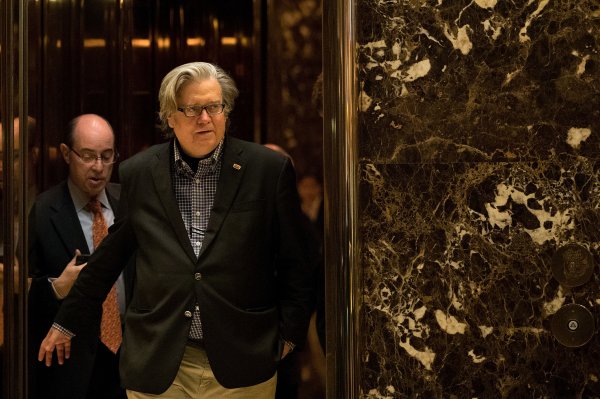 Protesters Stormed the Building Where Donald Trump's Transition Team Is Based
Next Up: Editor's Pick