Alec Baldwin returned to Saturday Night Live last night to play Donald Trump for the first time since he was elected president.

In the cold open sketch, Baldwin’s Trump panicked while facing the challenges of fulfilling some of his campaign promises: getting rid of ISIS, bringing back coal jobs, deporting undocumented immigrants, building a wall along the U.S.-Mexico border and getting rid of Obamacare.

As incoming Vice President Mike Pence (Beck Bennett) relayed that finding 11 million undocumented immigrants and deporting them will be very hard, Trump suggested getting rid of the plan entirely.

He even referenced the controversy over Pence attending a performance of Hamilton on Friday night, during which he was booed by audience members. Brandon Victor Dixon, who plays Aaron Burr, delivered a message from the stage to Pence. “We, sir, we are the diverse America who are alarmed and anxious that your new administration will not protect us,” he said.

In the sketch, Pence said he “got a free lecture” at Hamilton.

“I love you Mike,” Trump said. “You’re the reason I’m never going to get impeached.”

Kate McKinnon played Trump’s increasingly disgusted campaign manager Kellyanne Conway as she introduced Trump’s visitors, which also included Jason Sudeikis reprising his role as Mitt Romney. Romney, who harshly criticized Trump throughout the presidential race, met with him on Saturday to discuss the possibility of being secretary of state.

The divide between the two couldn’t be mended in the sketch, however, as Romney and Trump shook hands for an extended period of time before Romney left after saying, “This isn’t going to work, is it?”

The real Donald Trump did not take too kindly to the portrayal, and tweeted Sunday morning that SNL is “a totally one-sided, biased show.” He prompted a response from Baldwin, who pointed out that the election is over and “there is no more equal time.” 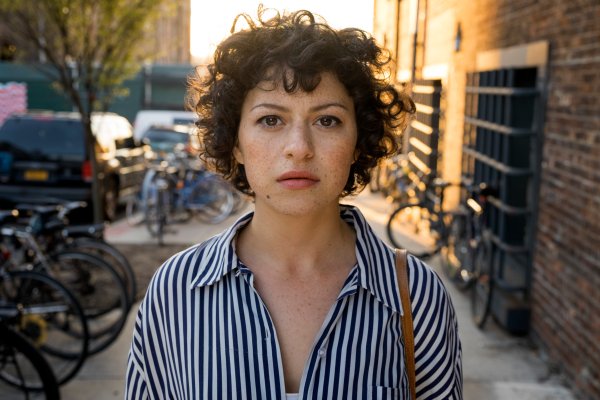