Prince William got surprisingly candid during an appearance on a Vietnamese talk show earlier this week.

Speaking on the English-language show Talk Vietnam during his two-day visit to the country to fight illegal wildlife trade, the 34-year-old royal dad opened up about his family life.

On fatherhood, “there’s wonderful highs and wonderful lows,” he told host Tran Thuy Duong. “It’s been quite a change for me personally. I’m very lucky in the support I have from Catherine, she’s an amazing mother and a fantastic wife.

But he also acknowledged, “I’ve struggled at times. The alteration from being a single, independent man to going into marriage and then having children is life-changing.

“I adore my children very much, and I’ve learned a lot about myself and about family just from having my own children.”

Calling 3-year-old son Prince George “a right little rascal,” he said, “he keeps me on my toes but he’s a sweet boy.” As for 18-month-old Princess Charlotte, he said, “bearing in mind I haven’t had a sister, so having a daughter is a very different dynamic. So I’m learning about having a daughter, having a girl in the family.”

Following a question from a 10-year-old girl in the audience about his advice for protecting wildlife and how to make a difference, he said, “I worry about the future more. When you have something or someone in your life to give the future to, I think it focuses the mind more about what you’re giving them. Are you happy that you’ve done all you can to leave it in a good state?’

“I would like [my kids] to grow up with more simple aspirations. I think there’s a lot of huge aspirations and people living with an enormous amount of stuff that they don’t necessarily need.

“The materialism of the world — I find quite tricky sometimes.

“I would like George and Charlotte to grow up being a little bit more simple in their approach and their outlook, and just looking after those around them and treating others as they would like to be treated themselves.” 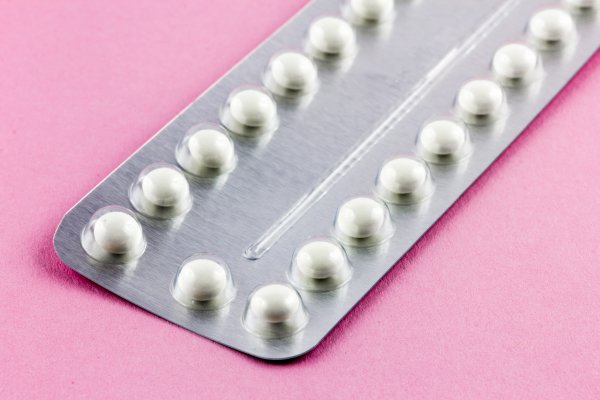 A New Study Says Overweight Women Prefer IUDs to the Pill
Next Up: Editor's Pick