At the end of October, one of the Russian navy’s main battleships, a guided-missile destroyer called the Smetlivy, set out from its homeport in Crimea and headed west through the Black Sea and into the Aegean. It had two stops to make. The first was in Greece—a member of NATO and the European Union—where the ship was invited to a maritime festival as part of the Greek-Russian Year of Culture. From there it sailed on toward the Mediterranean to join the Russian naval group involved in the bombardment of Syria.

The journey would, in other times, have caused a scandal in the U.S. and Europe. The Smetlivy is part of the Black Sea Fleet, whose commanders executed the Russian occupation of Crimea in 2014. Most of them have been under strict Western sanctions ever since. On top of that, the U.S. and E.U. have both accused Russia of committing war crimes in Syria. So Greece was, to put it mildly, not in step with its allies when it hosted a Russian destroyer on its way to the Syrian coast.

Yet none of those allies voiced their objections at the time, and President Obama did not mention it during his visit to Athens this week. The closest he came was a glancing reference on Tuesday to “the importance of keeping sanctions” in place, including E.U. sanctions, until the conflict in Ukraine is settled.

His caution was understandable. The U.S. and Germany, as the two strongest countries still willing to stand up to Moscow, are not in the best position to foster solidarity among their European partners. Even before Donald Trump won the presidential election last week with a promise to “get along” with Russia, the E.U. was too divided—over refugees, economic stagnation, Islamist extremism and the rise of the populist right—to go picking internal squabbles over Russia.

Some conservative pundits in Washington did grumble that Greece’s behavior was “unacceptable” and “unbecoming of a NATO ally.” In a policy paper published on Nov. 9, Luke Coffey and Daniel Kochis urged the President to be “crystal clear” about the Smetlivy incident during his visit to Athens. But what exactly was Obama supposed to say? With Donald Trump on his way to the White House, it hasn’t become any easier for the U.S. to badger Greece about its coziness with Moscow.

A man fishes near to the Russian Navy missile destroyer Smetlivy, moored at a pier in Piraeus port, near Athens, Sunday, Oct. 30, 2016.
Yorgos Karahalis—AP

Obama’s hope, as he put it in Berlin on Thursday, is that “the President-elect also is willing to stand up to Russia where they are deviating from our values and international norms.” But that doesn’t seem very likely. Trump promised during his campaign that he would “look into” lifting U.S. sanctions on Russia. He also argued that the Russian annexation of Crimea might make sense, because the people in Crimea “would rather be with Russia.” In one of his first appointments, Trump on Friday gave the post of National Security Adviser to retired Lieutenant General Michael Flynn, who has called for the U.S. and Russia to “align” their strategies in Syria and stop playing the “bully game” against each other.

So Obama could not offer much reassurance to his German counterpart when they met in Berlin to say their goodbyes. The media cliché ahead of the visit was that the departing President would “pass the baton” to Chancellor Angela Merkel on the last foreign trip of his tenure, leaving her in charge of the West now that the isolationists have taken Washington. The reality is much more complicated. Though Germany is Europe’s largest economic power, it cannot come close to matching the political or military clout of the U.S. in trying to keep the West united, especially after the U.K. voted to leave the European Union in June.

Europe has been in survival mode ever since that referendum. Its Russia policy over the past three years has rested almost entirely on the coordination between Merkel and Obama, who have moved in lock step and with strong British support. During their meeting in Berlin on Friday with the leaders of France, Italy and Spain, they agreed “unanimously” to keep the sanctions against Russia in place. But with the U.K. on its way out of the E.U. and Obama on his way out of the White House, Merkel will have to fight much harder to keep her hesitant allies in line going forward.

Under E.U. rules, all member states have the right to veto sanctions policies, which usually come up for review every six months. Numerous European countries—notably Greece, Italy, Hungary, Slovakia and Cyprus—have pushed to ease the sanctions on Russia, arguing that they have hurt Europe’s economy and failed to change Russian behavior.

The Greek government has been perhaps the weakest link in E.U. resolve on this issue, and Russia has attempted to play on those divisions. Apart from the Smetlivy’s visit earlier this month, Russian President Vladimir Putin made a trip to Greece in May, offering energy deals and undying friendship based on what he called “a rock-solid base of common civilizational values, the Orthodox culture and a genuine mutual affection.” It was his first trip to the E.U. since the annexation of Crimea, and the Greeks gave him a lavish reception.

But they have not gone so far as to block the sanctions. They know that such a move could jeopardize the E.U. loans and aid that have kept the Greek economy afloat, and for all of Putin’s talk of mutual affection, the Russian economy cannot afford to take the place of Greece’s European creditors.

“I think this is an illusion,” says Gikas Hardouvelis, a former Greek finance minister who now teaches at the University of Piraeus. “Obviously if you are in need, you try to get support from Russia in terms of money. But in the end, the Greeks are closer to America and Western Europe.”

When it comes to their finances, definitely. And that may be enough for Merkel to keep the wayward members of the E.U. in line for a while. But it will not resolve the deeper crisis of solidarity in Europe. In fact it may only serve as proof that E.U. decisions “are not made on the basis of principles but on the basis of horse-trading,” says Joerg Forbrig, a senior fellow at the German Marshall Fund in Berlin. “There’s always somebody who needs something, and there’s always something that you can give to buy their consent on the issue at hand.”

But that does not seem like a healthy way to run the European family. Whether it’s Greek debt payments or the resettlement of refugees in Hungary and Slovakia, E.U. members will always have a reason to use Russia as a bargaining chip in their negotiations with Brussels and Berlin. “What these countries are doing is trying to blackmail their primary sponsors with outreach to alleged alternatives,” says Forbrig. And in that approach to European politics, the visit from the Smetlivy starts to make a lot of sense.

It doesn’t mean that Russia has found a reliable ally in Greece. But it may mean the E.U. has lost one. 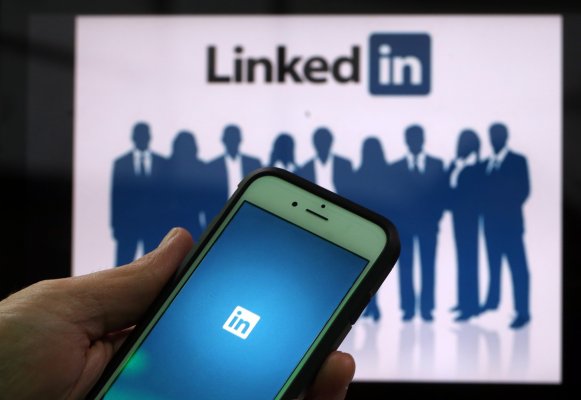 Russians Can No Longer Connect on LinkedIn
Next Up: Editor's Pick