If you only read one thing: You’re Hired. President-elect Donald Trump made his latest appointment and first two nominations Friday. announcing that longtime adviser Ret. Gen. Mike Flynn will serve as his national security advisor. He also announced his intent to nominate Sen. Jeff Sessions to be his Attorney General and Rep. Mike Pompeo to be the Director of the Central Intelligence Agency. Flynn and Sessions were among Trump’s earliest and most vocal endorsers, but both bring baggage to the Trump administration. Sessions was rejected by the Senate in 1986 to a federal judgeship over allegations of racially charged comments. He denied them at the time. Flynn, more recently, has said it is logical for people to be fearful of Muslims. Despite protests from Democrats there is likely to be little they can do to block either move. Flynn’s job doesn’t require Senate confirmation, while Sessions, a longtime member of that body, will likely sail through the GOP-controlled chamber based on his personal relationships.

The announcements by Trump are hardly surprising—all three had been rumored to be high on short-lists in recent days. But they offer a glimpse into Trump’s thinking as he rewards key loyalists with influential positions. But what may be more revealing are Trump’s planned meetings with critics. Yesterday, he sat down with South Carolina Gov. Nikki Haley, and tomorrow he is set to meet with former Massachusetts Gov. Mitt Romney. The rumor-mill is churning about jobs for both of them, but the meetings are likely more symbolic in nature. Romney, who never endorsed Trump and hinted he wouldn’t be voting for him, is set to “share his ideas, his thoughts,” on a Trump Administration per a Trump aide. Trump will be taking meetings all weekend at his golf course in New Jersey as he prepares to roll out more appointments. Meanwhile, the first boots from the Trump Transition’s landing teams are hitting the ground in national security agencies to meet with their Obama Administration counterparts.

Obama Reckons With a Trump Presidency
Inside a stunned White House, the President considers his legacy and America’s future [New Yorker]

Trump Just Took Credit for Stopping Ford From Moving a Plant to Mexico.
But it wasn’t planning to [Washington Post]

“I have somehow continued to miss Octoberfest.” — Obama reflecting on his many visits to Germany as president, pledging to return after leaving office 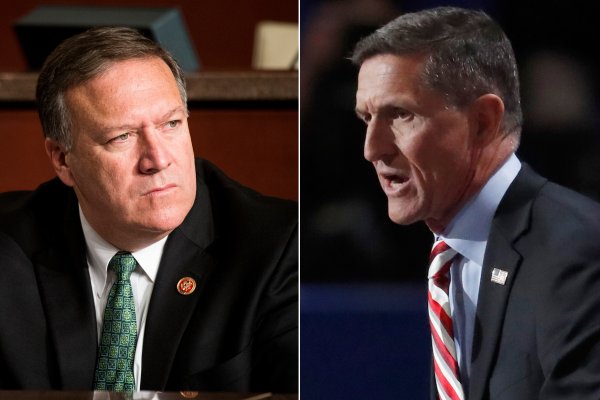