George Takei: We Must Not Let Muslims Be Treated Like Japanese Americans in WWII

George Takei, who lived in an internment camp as a child, says that a Donald Trump advocate’s recent comparison of Trump’s Muslim registry to the interment of Japanese Americans has “reopened very old and very deep wounds.”

Writing in the Washington Post, Takei recounts his time living in a horse stable with his parents in a camp and “the injustice that had been visited on so many of us.” He cites Carl Higbie, a former Navy SEAL and spokesman for the pro-Trump Great America PAC, saying Japanese internment provides a “precedent” for a Muslim registry as well as Trump himself telling TIME in December 2015 that he didn’t know whether he would have supported internment.

“We cannot permit this invidious thinking, discredited by history at the cost of so much misery and suffering by innocents, to take root once again in America, let alone in the White House,” Takei writes. “The stigmatization, separation and labeling of our fellow humans based on race or religion has never led to a more secure world.”

Read More: Why Citing the Japanese Internment as a ‘Precedent’ for a Muslim Registry Is So Alarming 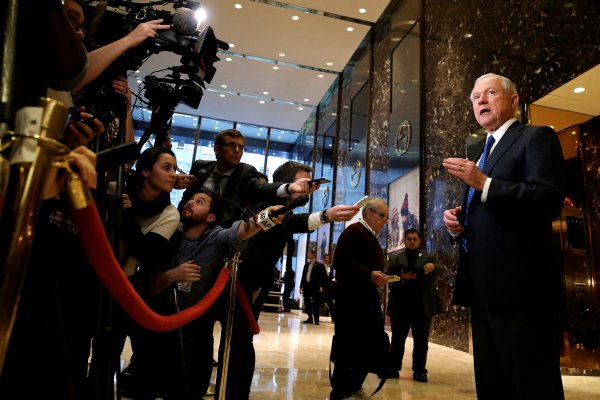