Donald Trump has gone on a hiring spree, his team announced Friday morning, after a week of reports his presidential transition was in disarray.

Sen. Sessions has been a close ally of Trump’s since February, when he became the first sitting senator to endorse the then-candidate. He’s a lawyer known for his hardline stance on immigration, which puts him in harmony with many of Trump’s views on the topic. In a press release, Trump called Sessions a “world-class legal mind” and said he is “greatly admired by legal scholars and virtually everyone who knows him.”

Sessions would need to be confirmed by the Senate for the Attorney General post. While sitting senators are generally afforded swift confirmation hearings, Sessions brings unique baggage to the role of Attorney General, which oversees Justice Department efforts to ensure the protection of civil rights. Sessions’s nomination by President Ronald Reagan to be a federal district judge in Alabama was rejected on a bipartisan basis by the Senate Judiciary Committee in 1986 over concerns he made racially-charged statements while a U.S. Attorney. Sessions denied that he made the comments at the time.

“With the support of my Senate colleagues, I will give all my strength to advance the Department [of Justice]’s highest ideals,” Sessions said in the press release, accepting the nomination.

Flynn marks another tap by Trump out of his close circle of loyal campaign advisers. As national security adviser, which is not a Senate-confirmed position, Flynn, the former head of the Defense Intelligence Agency under President Barack Obama, will have the new president’s ear on the country’s military and foreign policy efforts. Flynn is one of the “foremost experts on military and intelligence matters and he will be an invaluable asset to me and my administration,” Trump said.

Flynn had stark disagreements with the current administration and has a history of controversial comments about Muslim world. “Fear of Muslims is RATIONAL,” he tweeted in February. Flynn has also taken money from Russia Today, a state-backed television network aimed at influencing the West with Russia-friendly spin on the news.

Pompeo, a Republican who represents the Kansas’ 4th District, is a member of the House Intelligence Committee, and was a member of the House Select Benghazi Committee. He endorsed Trump after first backing Florida Sen. Marco Rubio, but his embrace of the President-elect was never enthusiastic. He will also need to be confirmed by the Senate. “He will be a brilliant and unrelenting leader for our intelligence community to ensure the safety of Americans and our allies,” Trump said.

Trump’s presidential transition has been off to a rocky start, as TIME reports in this week’s magazine. 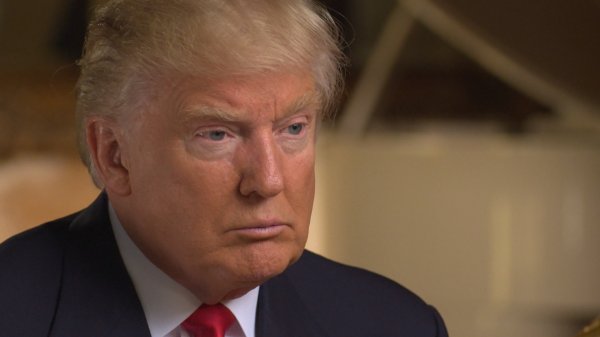