Here's What President Obama Told His Daughters After Trump's Victory

President Barack Obama told his teenage daughters to “constantly affirm and lift up and fight” following the election of Donald Trump to the presidency last week.

In a new interview with the New Yorker, Obama said “What I say to them is that people are complicated,” reflecting on the results of the 2016 presidential election and the reports of an increase in racist incidents that have followed.

The President, who has described himself as a firm feminist, recalled speaking with his daughters Malia and Sasha after the election, where he said to them: “Societies and cultures are really complicated. . . . This is not mathematics; this is biology and chemistry. These are living organisms, and it’s messy. And your job as a citizen and as a decent human being is to constantly affirm and lift up and fight for treating people with kindness and respect and understanding. And you should anticipate that at any given moment there’s going to be flare-ups of bigotry that you may have to confront, or may be inside you and you have to vanquish. And it doesn’t stop. . . . You don’t get into a fetal position about it. You don’t start worrying about apocalypse. You say, O.K., where are the places where I can push to keep it moving forward.”

Obama has been on his final foreign trip as President this week, where he has met with the leaders of Europe to discuss the world’s future under a Trump presidency. Meanwhile, many fans of Michelle Obama have been calling for her to run for the presidency at the next elections in 2020.

Read Obama’s interview in full at The New Yorker. 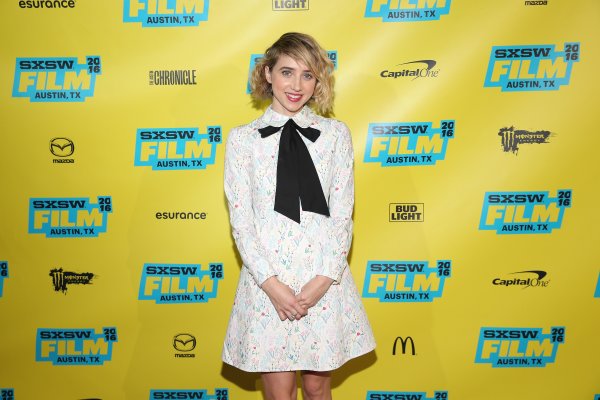 Actress Zoe Kazan Opens Up About Living With Anorexia
Next Up: Editor's Pick