WASHINGTON, Nov 17 – The U.S. Army plans to issue a new rule to improve consultations with Indian tribes for permitting decisions, a move that could delay the completion of the Dakota Access Pipeline, according to a notice posted Thursday on a White House website.

The Army Corps of Engineers plans to “revise its regulations” to ensure its consultations with sovereign tribes are “confirmed by the U.S. Constitution, treaties, statutes, executive orders, judicial decisions and presidential documents and policies.”

The proposed change comes in the form of what is known as an Advance Notice of Proposed Rulemaking, which states an agency’s intention to issue a new regulation.

The pending rulemaking would effectively prevent the Obama administration from making decisions on issuing permits, such as the one needed to complete the controversial Dakota Access crude pipeline, until he leaves office on Jan. 21, 2017.

The notice, which was posted on the website of the U.S. Office Information and Regulatory Affairs, said the public will be able to comment on the proposal until Jan. 1, 2017.

The Obama administration has been in a quandary over whether to issue a permit to allow the completion of the final leg of the pipeline.

Demonstrators fanned out across North America on Tuesday to demand that the U.S. government either halt or reroute the pipeline, while Energy Transfer Partners, the company behind the controversial project, asked a federal court for permission to complete it.

“Obama is going to try and effectively block infrastructure from ever getting through the permitting process for new development for the rest of his term,” said William Scherman, head of the energy, regulatory and litigation Group at law firm Gibson Dunn.

Energy Transfer has been pushing to complete the project as protests against its construction continue, its chief executive told the PBS NewsHour television news program late on Wednesday.

“This is not a peaceful protest,” said Kelcy Warren of Energy Transfer. “If they want to stick around and continue to do what they’re doing, great, but we’re building the pipeline.”

Dakota Access, halted by the federal government in September after protests, has drawn opposition from the Native American Standing Rock Sioux tribe and environmentalists who say it could pollute water supplies and destroy sacred historic tribal sites.

The issue of tribal consultation has been a major problem surrounding energy infrastructure projects, as federal agencies take different approaches to consulting with tribes on major decisions.

At present, the Army Corps of Engineers, which manages many infrastructure projects for the government, takes one approach to consulting Native American tribes. The Interior Department and its Bureau of Indian Affairs take another, and laws overlap.

The result can be confusion and sometimes anger, as with Dakota Access, Bryan Newland, a lawyer and former adviser to the assistant secretary for Indian Affairs at the Interior Department until 2012.told Reuters in September. 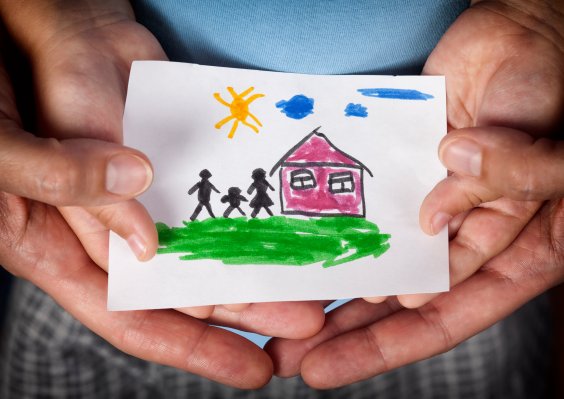 Most Kids Still Live With 2 Parents: Census Bureau
Next Up: Editor's Pick