The U.S. divorce rate dropped for the third year in a row, reaching its lowest point in nearly 40 years, according to data released Thursday.

Marriage rates, on the other hand, increased last year. In 2015, there were 32.2 marriages for every 1,000 unmarried women age 15 or older, according to the National Center for Family and Marriage Research at Bowling Green State University. This represents a jump from 31.9 in 2014 and is the highest number of marriages since 2009, which suggests that marriage rates may be stabilizing after decades of decline.

The two measurements are not necessarily related, and it’s tough to know why divorce rates are going down, but it could be that as co-habiting becomes less stigmatized, people don’t look to marriage to shore up an unstable relationship. Marriage rates had been declining for years in part because younger generations have waited longer to get married. But researchers have found that typical marriages still have about a 50% chance of lasting. (This number has been widely debated, since first marriages are much more likely to survive than second or third.)

Divorce and marriage rates vary drastically in different groups of people. The wealthy and well-educated tend to marry and stay together much more than those who are less well-off. The new divorce data show Washington, D.C., had the highest divorce rate in the country last year with nearly 30 marriages per 1,000 married women ending in divorce. Hawaii had the lowest. Conservative states like Utah and Alaska had the highest marriage rates in 2015, while Rhode Island had the lowest. 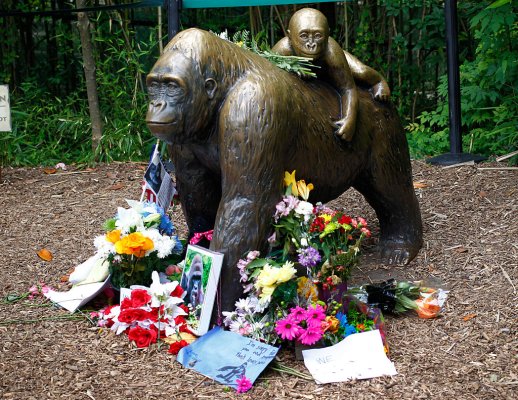 Cincinnati Zoo’s Gorilla Barrier Was Outdated When Harambe Was Killed: Feds
Next Up: Editor's Pick