President Barack Obama and German Chancellor Angela Merkel gave a joint press conference on Thursday in Berlin, showing a united front in the face of global changes including Donald Trump’s election and stating the importance of being able to “stand up” to Russia.

Obama finished his last trip to Europe with the press conference with Merkel, his longtime ally. He remained positive about the transition of power in the U.S. when he spoke to reporters, though he also described the negative effects of social media on recent political discussion in the U.S.

Merkel and Obama held the conference at the German Chancellery in Berlin. Read the full transcript of their remarks below: 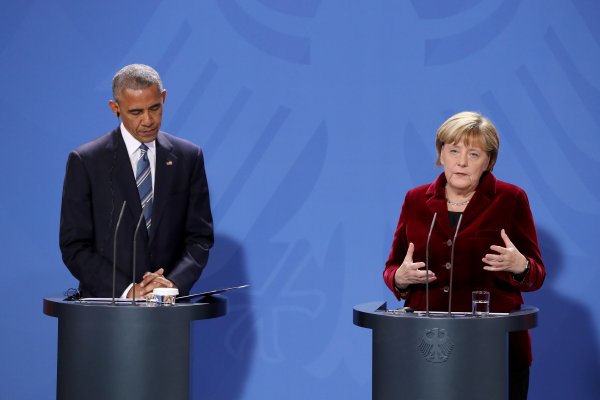 Obama: Trump Needs to Stand Up to Russia
Next Up: Editor's Pick