Review: Casey Affleck Is the Anchor and Soul of Manchester by the Sea

When we first meet Lee, he’s working as a super in a nondescript building that you just know, if you’ve ever lived there, is somewhere in working-class Boston. That Boston is both just a short drive and a world away from where Lee comes from, a town on the North Shore where many still make their living off the sea, as fishermen. While Lee is dealing with leaky plumbing, and with tenants who belittle or condescend to him, he gets a call that alarms him. He makes arrangements to leave his job temporarily and starts driving north.

Lee’s older brother, Joe (Kyle Chandler), for whom he’d do just about anything, has died, entrusting Lee with the care of his teenage son, Patrick (Lucas Hedges). Lee adores his nephew, but he isn’t up to the task of fatherhood, for reasons that emerge as the petals of this multilayered story fall away. Years earlier, something terrible happened to Lee, and it’s deadened him at the center. His embittered ex-wife, Randi (Michelle Williams), has little patience with him. And as he struggles to settle his brother’s affairs—which include figuring out what to do with the family boat, an old chugger in need of expensive repairs—he worries more and more about what role he should play in Patrick’s life. His anxieties intensify when Joe’s long-estranged, unstable ex-wife and Patrick’s mother, Elise (Gretchen Mol), tries to return, staking a claim to her son.

That’s the “what happens” of Manchester by the Sea, but the sturdy, supple magic of the film lies in the “how”—the way Kenneth Lonergan and his actors capture the way people talk, and what they care about, in a way so detailed it’s almost Dickensian. Lonergan was known as a playwright before he began directing films—his first, in 2000, was You Can Count on Me, followed by the 2011 Margaret—and he has a knack for making pictures that feel theatrical without being stagy. More sidelong than declarative, they take their time unwinding, leading you through a story rather than telling it outright. The effect can be maddening or wonderful, depending on your taste and on your mood that day, but if you open yourself to the experience, Lonergan’s movies allow you to live with characters until they feel like people you know. Sometimes they’re people you don’t like very much. But somehow, by the end, they’re your people.

These are the kinds of roles actors vault over one another to play, and everyone in Manchester by the Sea rises to the job. Chandler, an actor with the face and the charm of the young (and even the old) Robert Forster, is terrifically casual in the flashback scenes: We immediately get the nature of his relationship with Lee—they cuff each other like lion cubs, but they’re ready to defend one another with both their claws and their truest stripes. Hedges, as Patrick, hits the sweet spot between teenage defensiveness and pure, guileless openness: He’s on the hockey team, he’s in a band, he has two girlfriends—but even as he’s grabbing for everything in life, grief pulls him back, hard. Hedges shows what happens when a confident kid gets hit with that kind of curveball.

Michelle Williams is glorious, as a woman whose anger and grief have become as entwined as a thick, hard root: The scene where the ground cracks around her, and her anguish breaks free, is something to behold. But Casey Affleck is both the soul and the anchor of the movie. Lee is benumbed and anguished—at times he looks so dazed and indecisive you wonder how he can even move. And then, when he’s had a little too much to drink in a bar and thinks a bunch of upper-crusty white guys are laughing at him (maybe they actually are), he springs to action like a threatened animal, every anxiety or regret uncoiling inside him in one bright burst. As an actor, Affleck has often seemed to me playing only slight variations on the same character: He has always seemed a little nervous and drifty, and there’s a watery quality to his voice that I’ve never been able to warm to. But I would trade every Meryl Streep performance that’s rightly or wrongly lauded by millions of people for just one performance that changes my mind about an actor, and Affleck in Manchester by the Sea is one of those. When Lee tries to brace Patrick for the sight of his dead father’s body, he says, “He looks like he’s dead. He doesn’t look like he’s sleeping or anything.” And then he adds, “He doesn’t look gross, either.” Just how do you explain what a person you love looks like when all life has left him? Affleck describes it as if he were steering a boat in waters as still as glass, but inside, he’s facing the wind. Even if you can’t hear the howling, you can see it in his eyes. 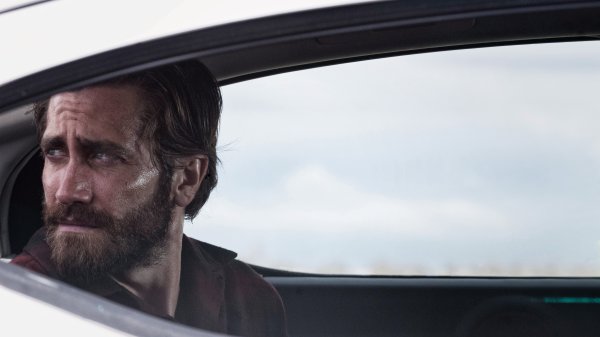 Review: Tom Ford's Nocturnal Animals Looks Great. But What Is It Saying?
Next Up: Editor's Pick