President Obama: Donald Trump Needs to Stand Up to Russia

President Obama stood with German Chancellor Angela Merkel to deliver a stark message to his successor: it’s time to stand up to Russia.

The U.S. leader said at a press conference on Thursday that he has attempted to take a “constructive approach” to the country’s relationship with Russia and he hopes that continues under President-elect Donald Trump.

U.S. officials have accused Russia of meddling in the presidential election, something President Obama said he raised in a recent conversation with Russian President Vladimir Putin. “There’s clear proof that they had engaged in cyberattacks,” Obama said Thursday.

Obama, who was in Germany during his final international trip while in office, also reflected more generally on Trump’s election and how it connects to global changes and the “bumpy phase” many countries are experiencing.

“I think that our politics everywhere are going to be going through this bumpy phase, but as long as we stay true to our democratic principles, as long as our elections have integrity … as long as there are checks and balances in our governments,” he said, “I have confidence that over the long term progress will continue.” 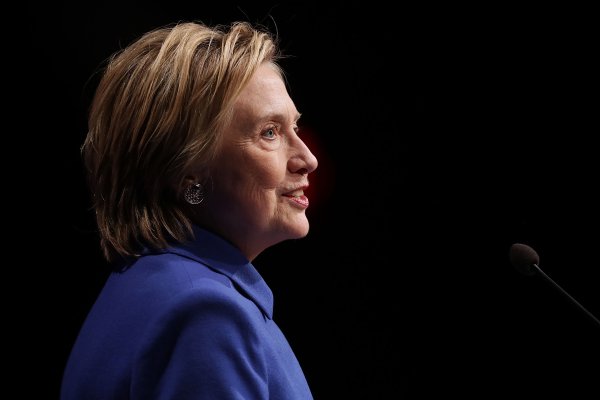 Read Hillary Clinton's First Speech Since Conceding: 'Believe in Our Country, Fight for Our Values'
Next Up: Editor's Pick