Protesters Stormed the Building Where Donald Trump's Transition Team Is Based

Protesters marched into the lobby of the General Services Administration in Washington, D.C. on Thursday, where Donald Trump’s White House transition team has been meeting. They were there to protest Trump’s appointment of Steve Bannon as his chief White House strategist, Patch reports.

The group chanted and held signs calling for Trump to “Fire Bannon.” Formerly the head of the alt-right news website Breitbart, Bannon has given voice to some of the unsavory forces floating around the conservative movement’s fringe, including a resurgence of white nationalism. His appointment has fueled anger, with critics decrying Bannon’s connections to racist and anti-Semitic views.

The Jewish activist group IfNotNow played a role in organizing the march, and protestors identified themselves on Twitter as the Jewish Resistance. Once inside the GSA lobby, protestors continued to rally. 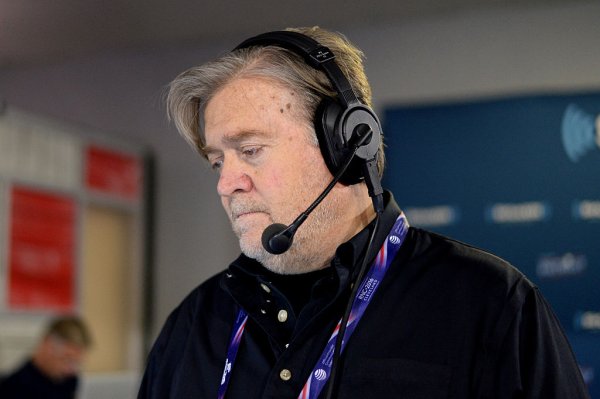